The Tories have reiterated their abhorrence at the BNP, yet have failed to clear up claims that local Tories in Essex have done a deal with the BNP. 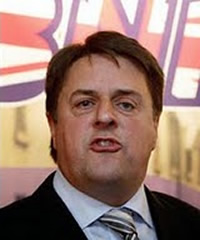 The Conservatives have reiterated their abhorrence at the BNP, telling Left Foot Forward that they “do not do deals” with the “racist and reprehensible” BNP – yet have failed to clear up claims that local Tories in Essex have done a deal with the BNP – even installing a BNP councillor on Thurrock council’s most powerful committee.

The allegations are made on the “Tory stories” blog, and are backed up by local newspaper reports, “Echo News” reporting that the Conservatives were “clinging on to office with the vote of the BNP”.

The Tories were foced into relying on the support of the BNP after one of their councillors, Terry Hipsey, defected to Labour in protest at a Tory/BNP pact, alleging the party were:

“Not standing in wards to let the BNP win, Labour lose and so (the Tories) retaining control of the council.”

That was in March last year; more recently, Cllr Hipsey has claimed:

“Eric Pickles sent an email round when we first got into power warning us that any cooperation with BNP would result in expulsion from the Conservative Party. When I heard about the proposed pact I reported the issue to the South Basildon and East Thurrock Conservative Association Chairperson.

“She passed my concerns up to Conservative Central Office via email and followed it up with a phone call. I never heard anything back from Central Office.”

Following up on these claims, Left Foot Forward put the following questions to the Conservative party:

• What did Conservative Central Office do on learning of an alleged electoral pact between Thurrock Conservatives and the BNP? Was an investigation carried out and, if not, why?

• Were the problems in Thurrock Conservative Group brought to the attention of the Conservative Leader’s office and, if so, what action was taken?

• Has any Conservative Party member been expelled from the party for co-operating with the BNP since January 2008?

We received no specific responses to our questions, just a broad denunciation of the idea of cooperating with the BNP:

“We do not do deals with the BNP who are a racist and reprehensible party.”

Yesterday, Left Foot Forward reported another set of allegations concerning Essex Tories and racism. Leaflets were distributed in Romford showing David Cameron’s image and saying the floodgates had been opened to mass immigration.

The leaflets are believed to have been produced by Conservatice council candidate Osman Dervish, reportedly a member of Romford Tory MP Andrew Rosindell’s staff. Rosindell’s office, however, have distanced themselves from him and his claims, telling Left Foot Forward:

“Osman Dervish is not a paid member of Andrew Rosindell M.P.’s staff in either Parliament or the constituency.

“Osman Dervish is a Conservative Party member, local volunteer and a Council candidate in Romford. Furthers questions regarding this matter must now be referred to the relevant person, Osman Dervish.”

Mr Dervish, who apparently remains both a Tory member and candidate, was unavailable for comment.