Despite the £38bn spent on decent homes which improved hundreds of thousands of council homes, many of the worst estates continue to be untackled. 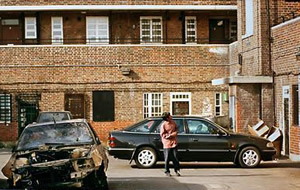 Our guest writer is Jon Cruddas, Labour MP for Dagenham

The last 13 years has seen an unprecedented level of investment from this Government in housing. This has taken the form of funding to councils for decent homes work to their existing housing stock and grant to housing associations (and latterly and most welcomely, councils) for new affordable homes.

And yet, despite the £38bn spent on decent homes which improved hundreds of thousands of council homes, many of the worst estates continue to be untackled, condemning families to conditions which blight their lives. Even though increased investment went to new affordable homes, waiting lists have lengthened. The moral as well as social and economic case needs to be made now for maintaining public investment in housing throughout the next Parliament.

In doing so we need to understand the lessons from successes won to avoid repeating the mistakes of the sixties and seventies in building mono tenure estates, concentrating poverty and lack of aspiration that has contributed to the residualisation of council housing. We also don’t want to see gated private developments that mushroomed in the nineties. The ethos set out by John Prescott of wanting to see thriving mixed tenure communities was surely right and seems to work in practice.

The approach and policy positions adopted by John Healey have been welcomed throughout local government and must be sustained. His proposals to reform the Byzantine Housing Revenue Account system are long overdue and it must be hoped that these will come to fruition as soon as possible. The other initiative, to allow councils to be able to access from the Homes & Communities Agency National Affordable Housing Programme grant and the LA new build programme money means that councils have started to be able to resume house building programmes alongside housing associations on an equal footing.

In the run up to the General Election there has been lots of talk about localism – even from a party that abolished democratically elected regional councils such as the GLC, introduced rate capping and foisted the Poll Tax on us all. We should trust councils to continue and step up their programmes to build new homes. This would give a real fillip to strengthening local accountability for services. Many have developable land which can be used and most certainly have the local needs to be met. They will also have begun to build the skills base to design and plan development.

In terms of value for money it makes sense for councils to take this role as there would be no land cost involved and they can borrow at lower rates than housing associations and private developers. With much lower levels of grant from HCA than has been funding affordable housing programmes over the past decade and more, new council house building would be financially sustainable. Mixed tenure schemes could be produced with new council social rented housing alongside market and intermediate tenure homes.

As well as the social benefits there are significant economic arguments in favour of sustaining home building programmes. Every £1 spent on construction generates £2.84 in total economic activity and also produces 56p in tax and benefit savings.

The case needs to be made vigorously now because the pressure to cut the public expenditure programmes will surely be intense post the General Election and to date no one has said that housing investment will be protected.