A barrister standing as a BNP election candidate has been thrown out of chambers. Robert Grierson, PPC for Sutton Coldfield, was axed by St Philips Birmingham. 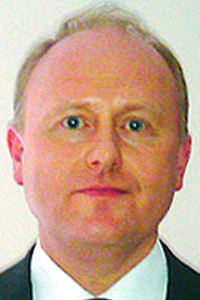 A barrister standing as a BNP election candidate has been forced out of his chambers. Robert Grierson, the party’s candidate for Sutton Coldfield, was effectively sacked by St Philips chambers in Birmingham, who sought to distance themselves from him, insisting his racist views were his own and “not that of [the] chambers or any of its members”.

On first hearing the news, head of Chambers James Burbridge QC had said:

“Mr Grierson’s political persuasions, his beliefs and his association with the British National Party were not known to Chambers when he applied for and was accepted for a door tenancy.

“As is well known across the Midlands and in the wider legal community, St Philips Chambers operate a strict non-discriminatory policy towards its members, staff, lay and professional clients and members of the public alike.”

In other BNP-related news, Lancaster UAF reports that the party’s number of councillors in Stoke-on-Trent has fallen from nine to seven, following the resignation of the BNP group leader and the refusal to sit with the party of another councillor, in protest it seems at the BNP’s opposition to “a suitable event each year to mark Holocaust Memorial Day”.

The Jewish Chronicle, meanwhile, reports the call by the National Union of Journalists, Bectu and campaign group “Expose the BNP” for local newspapers not to accept adverts from the BNP in the election campaign, “urging them to resist pressure from the BNP”. In January, Left Foot Forward revealed the BNP’s spending on advertising had risen more than 25,000 per cent to £83,932 having been only £333 five years before.

We also published a list of papers which had accepted money from the BNP during the 2009 European Elections, as disclosed in their Election Return Invoices to the Electoral Commission:

And earlier this week, Left Foot Forward reported that the BNP was funding the election campaigns of their leading candidates using taxpayers’ money from the allowances handed out to MEPs Andrew Brons and leader Nick Griffin, following an investigation by Hope Not Hate.

8 Responses to “BNP barrister booted out of Chambers”