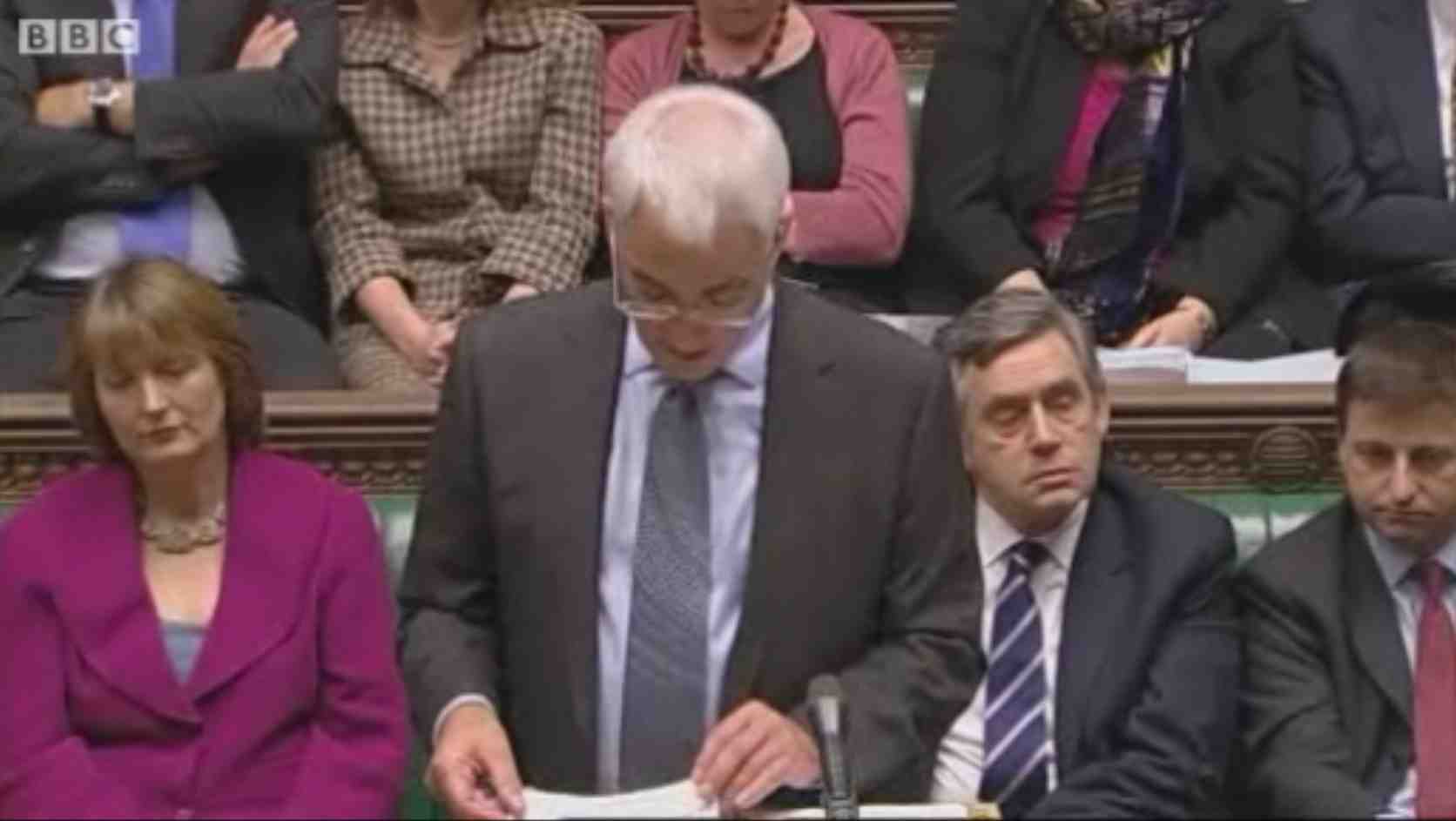 The papers are fairly damning of Alistair Darling’s pre-Budget report, which Left Foot Forward gave a 6.6/10 rating against our five red lines. The FT claims the “route to austerity still shrouded in fog” and says the theme was “dissatisfaction delayed” while for the Independent there is a “glaring hole in this pre-Budget report” which “promised so much and delivered so little.” The Guardian says “Darling soaks the rich and the rest of us too” but Larry Elliot is kinder: “he did as well as could be expected in lousy circumstances.” The Times leader mocks Darling for saying “we start from a position of strength”. Unsurprisingly, the right wing press are most critical. For the Telegraph, “Darling accused of ‘pre-election con’ over benefits”. The Mail calls it a “buckpasser’s Budget” while the Express call it “Labour’s war on workers.” The Mirror focus on the positive: “Alistair Darling bashes the bankers with fatcat tax”. The Guardian has a useful summary of the main points for those who missed them.

Reaction has also been mixed. In Parliament, Shadow Chancellor George Osborne said, “At the end of their period in office they have indeed adhered to the greatest of golden rules: never trust a Labour government with your money again.” While Lib Dem treasury spokesman Vince Cable criticised the rise in NICs: “None of this increase in taxation is going to be used to pay down the borrowing requirement or the deficit, it is complete distortion of the priorities the government should have.” The 1 per cent public sector pay restraint is unpopular with the unions. Dave Prentis, general secretary of Unison, said “Our members feel angry and betrayed.” But there was praise for the tax on bankers’ bonuses, which was welcomed by campaigners from the Compass pressure group while former analyst and Cityboy author Geraint Anderson said “Brown and Darling have done the right thing.” According to the FT, the move has split the Tories: Boris Johnson said it was “regrettable”; Michael Fallon who sits on Treasury select committee called it a “diversion” while Ken Clarke dismissed it as “political candy floss” and “tinsel”. George Osborne will not oppose the tax. But John Varley, chief executive of Barclays, has warned of an exodus of talent.

Breaking news from the Guardian outlines that more than 50 MPs “flipped” their second home allowance last year from one property to another. New figures were released this morning after Commons Speaker John Bercow performed a U-turn after being criticised for initially allowing information to be withheld. The Independent says that the documents were edited to cover up sensitive information like account numbers, addresses and signatures, but were not as heavily “redacted” as those released earlier this year in swathes of black ink. They show that Mr Bercow himself claimed a total of £22,465.49 in ACA in 2008/09, for mortgage interest, council tax, gas, electricity and cleaning on his second home.

Negotiations at the UN climate summit in Copenhagen dramatically broke down yesterday after developing countries were split between those who favour a new protocol and others who want to continue with the legally binding Kyoto agreement. Meanwhile in a syndicated article in the Guardian, former US Vice Presidential candidate Sarah Palin calls on Obama to boycott the summit. The Times outlines how the Met Office has asked more than 1,700 scientists to sign a statement defending the “professional integrity” of global warming research. The Independent reports new research by British scientists showing that there is “only 50/50” chance of keeping the global temperature rise to 2C – widely regarded as the limit of what the Earth can safely stand.

The Guardian reports that Gordon Brown and French President Nicolas Sarkozy are to meet in Brussels tomorrow after “weeks of friction over Europe’s top jobs and British angst over alleged French plotting to tame the City of London.” Sarkozy had called off a visit to London last week. The pair have written an article for the Wall Street Journal calling for a financial transaction “Tobin” tax and a worldwide tax on bank bonuses similar to that levied yesterday by Alistair Darling.