Libel reform campaigners have reacted with "dismay" as the BBC conceded to Trafigura in the High Court. In a statement, the BBC apologised to the toxic waste firm. 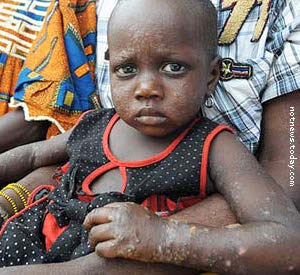 Libel reform campaigners have reacted with “dismay” at the BBC’s decision to concede to toxic waste shippers Trafigura in the High Court. In a statement, the BBC said it withdrew “the allegation that deaths, miscarriages or serious or long-term injuries were caused by the waste and apologises to Trafigura for having claimed otherwise.”

The case was brought by Carter Ruck on behalf after the BBC claimed in its Newsnight programme of 13 May 2009 titled ‘Dirty Tricks and Toxic waste‘ that Trafigura had caused deaths by being involved in the dumping of toxic waste in Abidjan in the Ivory Coast. A number of blogs carried the report even after it was removed by the BBC. In February 2007, Reuters reported that “Ivory Coast has confirmed the deaths of a five more people from exposure to toxic waste dumped in Abidjan last August, taking the death toll to 15.”

The United Nations Special Rapporteur Prof. Okechukwu Ibeanu concluded in a report on 3 September 2009 that:

“On the basis of the above considerations and taking into account the immediate impact on public health and the proximity of some of the dumping sites to areas where affected populations reside, the Special Rapporteur considers that there seems to be strong prima facie evidence that the reported deaths and adverse health consequences are related to the dumping of the waste from the Probo Koala.”

“Sadly, the BBC has once again buckled in the face of authority or wealthy corporate interests. It has cut a secret deal. This is a black day for British journalism and once more strengthens our resolve to reform our unjust libel laws.”

“Forced to choose between a responsible broadcaster and an oil company which shipped hundreds of tons of toxic waste to a developing country, English libel law has once again allowed the wrong side to claim victory. The law is an ass and needs urgent reform.”