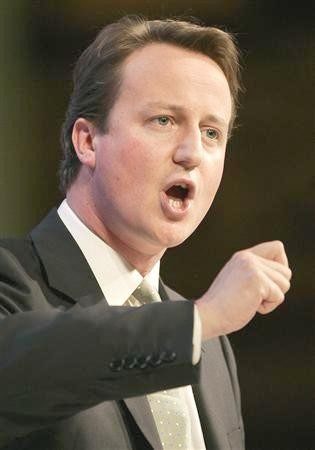 David Cameron is expected to make a speech today following up on his “go for growth” comments to Andrew Marr yesterday. But the policies leaked to the Times, Mail and Express will cost at least £3.9 billion and would require additional cuts to public spending to avoid increasing the deficit.

The Mail today gleefully reports that “Cameron pledges to slash business taxes within days of a Tory election victory”:

“[A Conservative Government] would reduce the headline rate of corporation tax from 28p to 25p, and the small companies rate from 22p to 20p.

“However, it is understood that Shadow Chancellor George Osborne wants to go further still. The Tory Budget would also exempt new businesses from National Insurance contributions for one year on their first ten employees.”

According to this Treasury document, which shows the cost of a 1 penny change in corporation tax (Table 5), the Tory proposals would cost £3.9 billion in 2010-11 and £4.8 billion in 2011-12 as our working shows. This does not include the cost of the National Insurance proposal.

As Benedict Brogan points out on his Telegraph blog:

To pay for it he presumably won’t borrow, so taxes will have to be increased, presumably on consumption. If Mr Cameron is going for growth, then over the next six months he will be asked to tell us just how he plans to do that.

Increasing consumption taxes would mean a rise in VAT, an “intently regressive” move which would fall disproportionately on the poorest as Left Foot Forward has previously shown. The alternative is further public spending cuts. As Adam Lent at Touchstone asks:

“Is this really credible? A Budget that reduces the deficit through spending cuts and reduces taxes and is a “go for growth” Budget (the phrase usually associated with a more Keynesian investment approach).  A triangulation too far?”