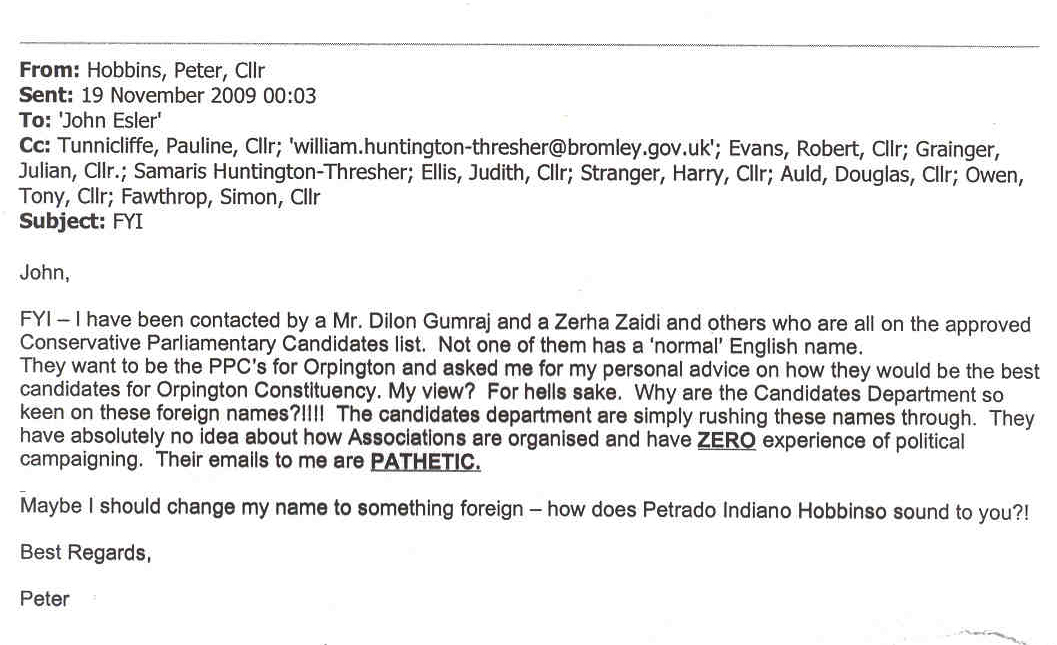 Orpington councillor Peter Hobbins has been exposed for making racist comments about candidates who do not have “normal” names.

The email to the Orpington Conservative Association said:

“I have been contacted by a Mr Dilon Gumraj and a Zerha Zaidi and others who are all on the approved Conservative Parliamentary Candidates list. Not one of them has a ‘normal’ English name.

“They want to be the PPCs for Orpington and asked me for my personal advice on how they would be the best candidates for the Orpington Constituency. My view? For hells sake. Why are the Candidates Department so keen on these foreign names?!!!!”

“The language used by Cllr Hobbins – shortlisted by David Cameron to run London – is offensive in the extreme and shows his party has not come to terms with modern Britain.

“We are told the Tory Taliban surge in Norfolk was an isolated incident – clearly there is a growing insurgency in the party given the latest revelations.

“We need political parties that look and sound like the people they seek to represent, if they are to deliver for the many and not the few – the Tories will continue to fail to do so unless they change these attitudes.”

Cllr Hobbins has been suspended by the Conservative party.