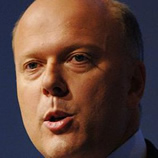 At a fringe event last night, Chris Grayling sort to clarify his remarks comparing Britain to The Wire. Answering a question from Left Foot Forward at a fringe event organised by the Centre for Social Justice, Grayling said:

“The point I made about the Wire wasn’t actually about gun crime and murders. It was about … the organised crime which sometimes can sit alongside the gangs.

“There are two types of gang problem in the UK. There are those where you have effectively postcode gangs, that’s what we see in parts of south west Manchester, where there’s no kind of organised crime structure behind them but equally there are those parts of the country where there is very clearly an organised gang culture behind the trouble and the gang culture, exactly as we see in some US cities. And my point was that actually that is having a dreadful impact on many communitites in the UK.

“And I was on an estate very recently where a local youth worker said to me ‘we have a deep rooted drug culture on this estate, there are organised gangs running drugs through this estate, and there are children as young as ten who are running them.”

This appeared to contradict the original comparison made in a speech on August 25th:

“It’s the world of the drama series The Wire. A series that tracks the nightmare of drugs, gangs and organised crime in inner city West Baltimore.”

As Left Foot Forward has shown previously, in 2008, the real city of Baltimore where The Wire is set suffered 624 violent crimes, 237 murders, 10 rapes and 182 robberies. The murder rate is far higher than Greater Manchester, where Conservative party conference is taking place. In the 12 months leading up to March 2008, there were 49 murders in the city.