The blame for 12 years of sluggish growth and deteriorating public services lies squarely with the government. 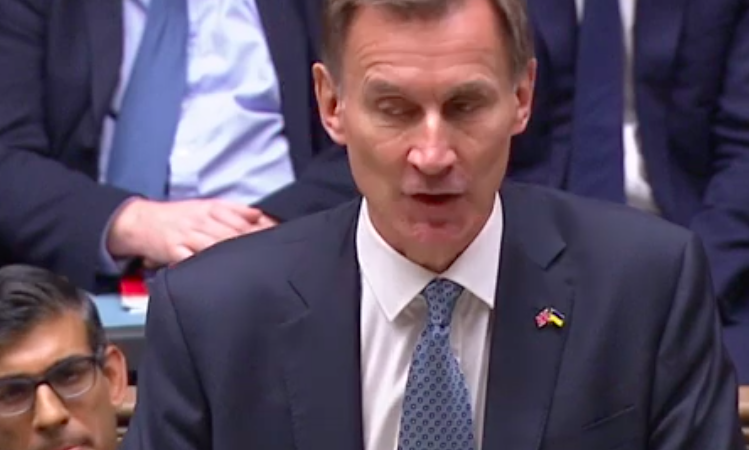 As Jeremy Hunt appeared at the despatch box today, he was at pains to stress that the perilous state of the UK economy, which is already in recession, is down to global factors. It’s always someone else’s fault as far as the Conservative Party is concerned.

Yet that argument fails to explain exactly why the UK is the first country out of the G7 in recession and also why it will be the last to come out of it. Blaming ‘global issues’ doesn’t account for why UK economy is the only one that hasn’t grown since the end of the pandemic out of all G7 countries. The blame for 12 years of sluggish growth and deteriorating public services lies squarely with the government.

Today’s Autumn Statement, marked a return to austerity, with spending cuts and tax rises which will only worsen the country’s economic position. The Office for Budget Responsibility warns that despite the new support with energy bills, living standards are going to fall by 7% over the next two years.

So here are five ways in which the Autumn statement failed to help ordinary workers as well as some of the most vulnerable people in the country.

1.A refusal to extend Free School Meals to all children in poverty

There are currently 800,000 children living in poverty who are not receiving Free School Meals, which means many are coming into schools hungry. The Food Foundation, along with charities and politicians has been recently running a campaign calling on the government to extend Free School Meals to all children in families receiving universal credit.

Yet the government once more refused to listen to those calls. That means thousands of children will continue to go hungry in one of the richest countries in the world.

2. A failure to cover the NHS funding shortfall

Due to inflation, the NHS is already facing a £7bn funding shortfall in its budget this year. The announcement by Hunt of an extra £3.3bn of NHS funding doesn’t even cover half of that.

The £3.3bn announced amounts to a rise in the NHS budget of just 2%, with inflation now running at 11% it’s clear that this rise isn’t enough. The lack of funding for the NHS will only compound the problems it already faces.

The chancellor’s decision to further raise the energy price cap from April next year could see the number of households in fuel poverty rise from the current 7 million this winter to 8.6 million householdsfrom April.

Simon Francis, Co-ordinator of the End Fuel Poverty Coalition, commented said: “We are already seeing the horrific impact of living in cold damp homes on children, the elderly, disabled and those with illnesses ranging from cancer to asthma. Even with the additional funding pledged to the NHS and social care system today, we are deeply concerned that it will be overwhelmed by the energy bills crisis and millions will suffer.

“The Chancellor could have raised all the money required to save the public from fuel poverty this winter through a more comprehensive Windfall Tax. Instead, he has chosen to protect the profits of oil and gas firms over protecting people’s lives.”

While the government has tried to insist that latest round of spending cuts and tax rises amounting to £55bn did not mark a return to austerity, this is still one of the most austere budgets in recent history. As one commentator put it: “Enacting £30 billion worth of spending cuts and then saying that doesn’t represent a return to austerity is quite the double think from Jeremy Hunt.”

Granted, some of the most painful spending cuts will not kick in until after 2025, but they will then escalate quickly over the next three years. It shows how the Conservative Party has retreated back to the failed policies of the past to try to remedy the country’s poor financial position. Except, as the Institute for Government and the Chartered Institute of Public Finance & Accountancy have warned, there ‘is no fat left cut from public services’.

Once more the poorest and most vulnerable in society are being asked to clean up the financial mess which wasn’t caused by them.

5. Presiding over the worst fall in UK living standards since records began

The UK faces its biggest drop in living standards on record as the surging cost of living eats into people’s pay packets.

The Office for Budget Responsibility says that household incomes will fall by 7% over the next few years and unemployment will rise by more than 500,000, as a result of the country being in recession and due to soaring inflation.

The UK economy has fared particularly badly in comparison to other G7 countries, with the country forecast to have the lowest growth in the OECD over the next two years. The fact that it’s suffering particularly badly compared to other countries means the Tories have a lot to answer for, with families set to face yet more financial hardship.