A Tory U-turn is reportedly on the cards over anti-obesity measures, raising eyebrows over the PM’s connections to free-market think-tanks that lobbied against the legislation. 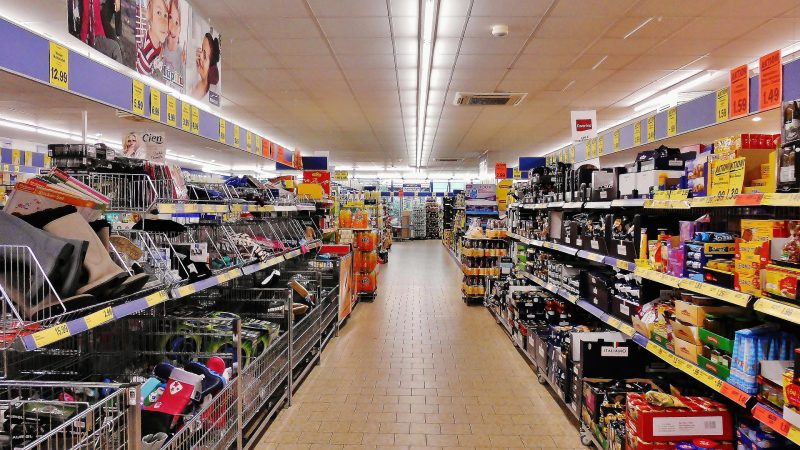 As part of her drive to slash regulations, cut ‘red tape’, and reduce burdens on businesses, the prime minister has ordered a review of measures put in place to deter people from consuming junk food.

A report in The Guardian informs the Treasury has launched a review of policies to tackle junk food and obesity. The “internal summary” is likely to explore the plan to end deals in supermarkets on unhealthy food and drinks, such as ‘3 for 2s’ and ‘buy-one-get-one-free.’

The ban on supermarket junk food deals was delayed by a year in May when it was pushed back to October 2023, after Boris Johnson demanded cost-free ideas to tackle the cost-of-living crisis.

It is also believed the “internal summary” could review the ban on advertisements for junk food being shown on TV before the 9pm watershed and online.

The review could even go further, according to reports, leading to Tory ministers cancelling anti-obesity measures that are already in place. Such measures include the 2018 sugar tax, designed to help reduce sugar in soft drinks, and calorie counts on menus.

‘Reckless’ and a ‘kick in the teeth’

Health officials are reported to be ‘aghast’ about the review, describing the approach as ‘reckless.’

The Obesity Health Alliance referred to measures that would backtrack on the fight against unhealthy eating and obesity as “a kick in the teeth.’ The group’s director, Katherine Jenner, said: “We are deeply concerned. It would be reckless to waste government and business time and money rowing back on these obesity policies, which are evidence-based and already in law. These policies are popular with the public, who want it to be easier to make healthier choices.”

The review has also caused a stir within Tory ranks. Former health minister James Bethell warned that such a significant U-turn would risk making the UK’s obesity problem worse.

“Improving the nation’s health is one of the best ways we can increase productivity and workforce capacity and thereby drive growth. So, I would be very surprised by any decisions that actually strive to make the UK less heathy,” said the Tory peer.

Light a bonfire of obesity rules

During her Conservative leadership campaign, Truss had promised to light a bonfire of obesity rules, if she became PM. Talking to the Daily Mail in August, Truss had said:

“Those taxes are over. Talking about whether or not somebody should buy a two-for-one offer? No. There is definitely enough of that.

As the Independent reports, the move has raised eyebrows because of Liz Truss’s links to free-market think-tanks that have lobbied against anti-junk food legislation.

One such group is the Institute of Economic Affairs (IEA), a right-wing think-tank which seeks to “further the dissemination of free-market thinking.” The new prime minister has ties to the IEA, having spoken at events organised by the influential right-wing think-tank.

IEA director general Mark Littlewood told Politico that Liz Truss had spoken at IEA events more than “any other politician over the past 12 years.”

In August, the GLA Conservatives disputed the validity of an independent research on junk food ad restrictions implemented since 2019 on the Transport for London (TfL) network. The study argues that the ban has prevented almost 100,000 cases of obesity.

London mayor Sadiq Khan said he was determined to continue the measures “to improve the health of Londoners.”

“With up to £25 million in lost revenue and a flawed and inconsistent roll-out of this policy, Londoners rightly expect the Mayor to stop pushing dodgy research to cover up his mistakes, and start taking serious action to improve the health of London’s children,” she said.

Best’s claims were backed by Christopher Snowdon, head of lifestyle economics at the Institute of Economic Affairs.

Snowdon claims the methodology used for the research was incorrect as it used misleading modelling and didn’t involve any people in the study.

“The authors claimed that London households ate 1,000 fewer calories of HFSS [foods high in fat, sugar or salt] after the ban,” he said.

“This wasn’t true in any sense. They could only pretend it was true by creating a ridiculous counterfactual in which consumption rose sharply for no reason if there hadn’t been a ban.”