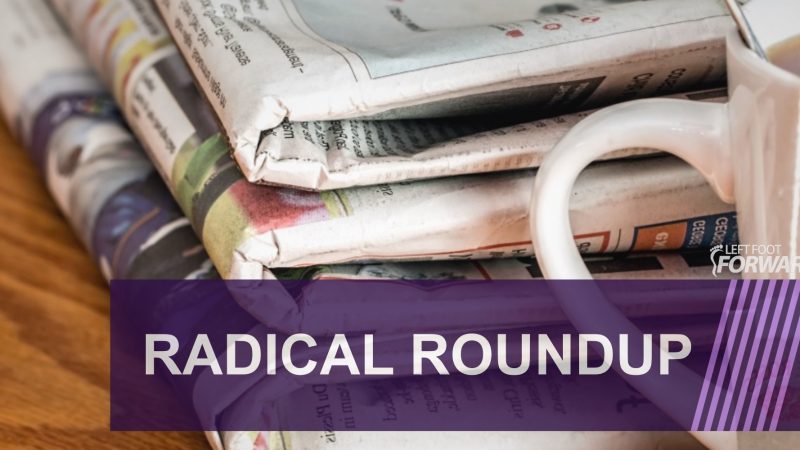 Research by Unite, the UK’s leading union, has revealed a shocking and frightening decline in vital unannounced construction inspections being undertaken by the Health and Safety Executive (HSE).

A series of Freedom of Information (FOI) requests has discovered that inspections have declined by 31 per cent in less than a decade. In 2013/14 the HSE undertook 11,303 proactive (unannounced) construction inspections but the figures for the last full year 2021/22 reveals that just 7,793 inspections took place.

The sector remains the most dangerous in the UK, making safety inspections vital to protect the safety of workers. Earlier this month, it was revealed that 30 construction workers were killed at work in 2021/22.

Unite general secretary Sharon Graham said: “These figures are shocking, as they demonstrate that the HSE are either unwilling or unable to ensure the safety of construction workers.

“Construction is a dangerous industry, made more dangerous by unscrupulous employers who risk workers’ lives by ignoring safety laws. If the HSE fails to ensure safety, then deaths and injuries will increase.”

Last night and today workers downed tools in the depot over a 35p pay offer.

Workers are seeking a £2ph rise to better match the demands of the role and cope with the cost of living crisis.

Steve Garelick, GMB Regional Organiser, said: “Amazon is one of the most profitable companies on the planet. With household costs spiralling, the least they can do is offer decent pay.

“Amazon continues to reject working with trade unions to deliver better working conditions and fair pay. Their repeated use of short-term contracts is designed to undermine worker’s rights.”

New research has found that the SNP’s Scottish Child Payment is contributing to reducing child poverty in Scotland – with one of the parents describing it as a “lifesaver.”

The interim evaluation by Ipsos Mori looked at the impact of the new benefit introduced in Scotland by the SNP in February 2021 which was described as ‘an absolute game changer in the fight to end child poverty’ by anti-poverty charities.

The findings of this latest evaluation show:

·  Scottish Child Payment and its eligibility criteria are well understood

·  Scottish Child Payment is taken up

·  The application is clear and easy

·  Applications are processed in a timely manner

·  Awareness is raised  about other forms of support

·  Clients feel they have been treated with dignity, fairness and respect.

Commenting, SNP MSP Elena Whitham said: “It is incredibly encouraging to see more evidence that the SNP’s Scottish Child Payment is making a positive difference to families and children across Scotland – and that positive impact it is having will only grow when the Scottish Government increases the payment to £25 per week and is extended to under 16 year olds.”

4.Plaid Cymru call out the dangerous attitudes of the Tory candidates towards Wales

As the Tory flying visit to Wales for a hustings event in Cardiff ended, Plaid Cymru Westminster Leader Liz Saville Roberts, said that the two remaining candidates have a lack of understanding when it comes to Wales.

The Plaid Cymru MP said that the Conservatives know very little of the political issues facing people in Wales, or the role that they have played in deepening the cost of living crisis.

As part of the debate, Rishi Sunak admitted that he had no knowledge of one of the most important pieces of Welsh legislation, the Future Generations Act. He also committed himself to scrutinising the democratically elected Welsh Government. Liz Truss also said outright that she would override the devolved decision to not build the M4 relief road.

Responding to the debate, Liz Saville Roberts MP, said: “The Tory leadership candidates have shown very clearly this evening that they know very little about Wales or the issues we face. They have shown a worrying distain for the people of Wales and the democratically elected Welsh Government.

“In Wales, we do grown up politics. We’ve shown that it is possible to work across political divides to deliver real change for the people that need it, improving people’s lives where we can, like providing free school meals.”

Officers from GMB and other trade unions have delivered vehicles and medical equipment to Ukraine.

The supplies, including a heavy 4×4 pickup vehicle to their counterparts in Ukraine, will be used by the XX Battalion of the territorial defence, based in East Ukraine.

This is the first of several planned deliveries by UK trade unions.

The unit, which is largely staffed by miners, put out a call for funds, medical supplies, and vehicles last month via the Ukrainian miners’ union PRUP.

Unions, including GMB, National Union of Mineworkers and ASLEF responded with donations totalling more than £20,000.

The pickup, a Mitsubishi L200 was driven to Lviv, Ukraine, by Wayne Thomas [NUM Vice President and Area Secretary for the South Wales NUM] and Mick Antoniw MS, [Labour Member of the Welsh Senedd for Pontypridd], who is of Ukrainian descent.

Unite, the union representing bank workers at HSBC has today won a £1,500 cost of living payment for the lowest paid staff.

Dominic Hook, Unite national officer said: “Unite has worked tirelessly to demonstrate to HSBC the need for urgent action to help thousands of employees facing the largest squeeze on their incomes. This extra £1,500 payment demonstrates the importance of the collective trade union voice in the workplace.

“HSBC UK has acted following dialogue with Unite which demanded support for employees through the current financial challenges brought by increases to household bills. The union will continue to campaign to ensure all staff receive a fully consolidated pay increase to ensure pay rates keep up with living costs.”

“The government must stop pretending it’s done enough. Support for consumers has so far been pitiful. Other European governments have been both swifter and bolder to lessen the blows from big bills.

“All but the richest consumers face a terrifying prospect this winter. Many simply don’t have the means to pay. Swift and radical government action is needed to cap the horrific price hikes predicted. Otherwise, there will be a crisis of unimaginable proportions.”

UCU has today hailed a landmark win as The Open University (OU) began rolling out a programme of new permanent contracts for 4,800 previously casualised Associate Lecturers, the biggest decasualisation programme ever to take place in the higher education sector.

As a result of the new contracts, which were introduced on 1 August 2022, staff will benefit from enhanced job security, a pay uplift of between 10-15%, additional annual leave, and staff development allowances.

The new contract follows extensive negotiations between the university and UCU, and the union has called on other universities across the UK to follow suit and end the scourge of casualisation. Currently, over 70k university staff across the UK are on fixed-term contracts.

UCU general secretary Jo Grady said: “The new contract is life changing for the 4,800 associate lecturers who have been moved onto secure contracts that mean they no longer have to constantly re-apply for their jobs. UCU is immensely proud of reaching this agreement with The Open University after many years of hard work, and while we recognise there is still more to do, we are celebrating this huge step forward in ending casualisation at the OU.”

The bin dispute which began in January has now ended with a pay rise for the drivers worth up to 12.9%, which is worth an estimated £3,600 per year in their pay packets.

Unite General Secretary Sharon Graham said: “This win shows the new direction of Unite. We will defend our members pay and conditions, however long it takes. This continuous action has delivered real terms pay increases for our members.

“This deal represents a fair and just pay award and all charges against our victimised rep have now been dropped. It is quite frankly wrong that our members were forced to take this action against a Labour Council, but Unite will always back its members against any employer who refuses to negotiate. I am very proud of our reps and members today .”

Felixstowe, the UK’s largest container port, is set to come to a standstill this month after members of Unite, the UK’s leading union, overwhelmingly backed strike action in a dispute over pay.

Unite members at Felixstowe are responsible for all aspects of the port’s operation. The workers recorded a 92 per cent vote for industrial action on an 81 per cent turnout.

The dispute is a result of the Felixstowe Dock and Railway Company offering a pay increase of just five per cent to its workers. This is an effective pay cut with the real (RPI) rate of inflation currently standing at 11.9 per cent. Last year the workforce received a below inflation pay increase of 1.4 per cent. Unite general secretary Sharon Graham said: “The bottom line is this is an extremely wealthy company that can fully afford to give its workers a pay rise. Instead it chose to give bonanza pay outs to shareholders touching £100 million.”