'They are part of a growing international movement, perhaps a new kind of Cadbury and Quaker capitalism with a social conscience' 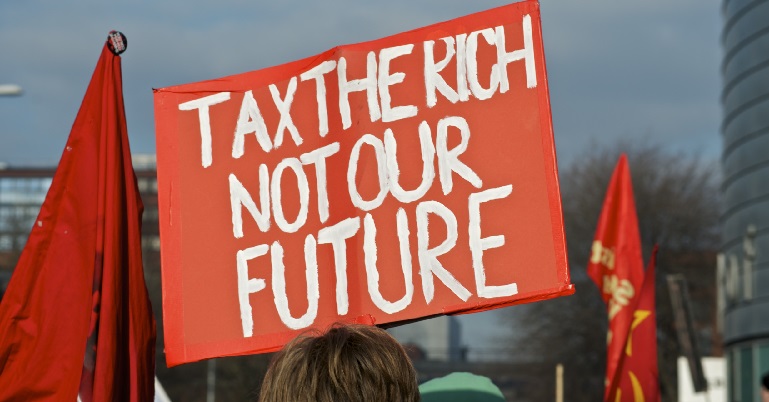 This week, I hosted a seminar in the Houses of Parliament by Patriotic Millionaires. They are part of a growing international movement, perhaps a new kind of Cadbury and Quaker capitalism with a social conscience. The group includes some of the wealthiest individuals, mostly self-made millionaires, in the UK who want to see radical changes in politics, economics and social policies.

The group wants to build a just, stable, and inclusive economy and bring an end to extreme levels of wealth inequality. Campaigners frequently call for an end to extreme poverty by ensuring that no one falls below a certain level of income, the group calls for a level beyond which wealth accumulation should not be permitted. Extreme wealth concentration is bad for society as it leads to concentration of power, inequalities and social exclusion. The voice of the poor is silenced, leading to distrust in democracy and increases possibilities of social instability and ultimately a violent backlash.

Inequalities are the cause of many of our social problems. They deprive people of good food, education, housing, healthcare and pensions. Poverty excludes people from consumption and cannot form the basis of a sustainable economy.  Poor housing and food lead to health problems. Bad housing is linked with energy and climate crisis. Low wages and regressive taxes rob people of resources for pensions leading to retirement insecurity. Indeed, climate, food and cost-of-living crises cannot be tackled without reducing inequalities.

The evidence of widespread inequality in the UK is all too visible.  The wealthiest 10% of households have 43% of all wealth; in comparison the bottom 50% has only 9%. 42% of the household disposable income goes to the top 20% of the population and the lowest 20% have only 7%. Some 22 million adults (over 40% of adults) survive on annual income of less than £12,570.

The outcomes are devastating. More than 2 million households were already going without ‘heating or eating’. With high inflation and a deepening cost-of-living crisis, more families are trapped in deprivation. Some 7 million families are going without food, heating, and toiletries and showering. In one of the richest countries, millions reply upon food banks.

Whilst low and middle income households toil, wealth begets more wealth. The wealthy have been the main beneficiaries of the £895bn of quantitative easing which has inflated asset and security prices to make the rich even richer. The wealthy use their power to fund political parties and legislators to secure favours and subvert democratic choices. Governments oblige by passing anti-trade union laws, impoverishing workers and taxing earned incomes at a higher rate than unearned income.

For far too long, governments have served wealthy elites rather than democracy or the people. The madcap policies have created a record 177 UK billionaires. The richest 250 people are worth £710.723bn, compared to £658.089 billion the year before, an 8% rise on last year. The richest are also the main beneficiaries of the government’s spend on Covid as they snapped-up the lucrative personal protection equipment (PPE), test-and-trace, consultancy and other contracts, whilst workers are being forced to accept real wage cuts.

Patriotic millionaires state that it is scandalous that governments “allow extreme wealth to sit in the hands of so few people”. They have openly urged the government to tax them more because they can afford to pay more in the form of wealth and other taxes. They urge that capital should be taxed more heavily than work. The resulting revenues, should be used to “reduce inequality, support stronger social care and the NHS, and to ensure that we’re building a more just and green society”.

Patriotic millionaires oppose excessive executive pay and want to link executive pay to workers’ wages. Inequalities are considered to be a form of social pollution and the offending organisations should be subjected to higher rates of corporation tax. This is very much in line with an inequality tax that I have advocated.

None of this can be achieved without a radical reform of the voting system and political institutions and Patriotic Millionaires are pushing for that too.

The Tory opposition to progressive taxation and social reforms is now fatally undermined by calls from Patriotic Millionaires. Of course, the millionaires in government are turning a deaf ear, but socialist voices now have new allies. Labour’s leadership needs to take note of the change in social mood too.