The Tories are planning on awarding peerages to a number of loyal allies of Boris Johnson. 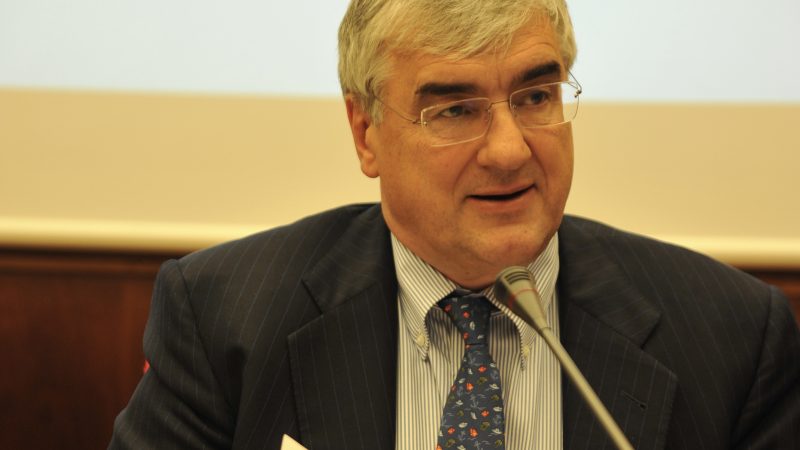 It’s no secret that the Tories often appoint businessmen who have given large sums of money to the party to the House of Lords. So it was not that surprising to hear this week that Michael Hintze, a hedge fund manager who has given over £4 million to the Conservative Party, is due to be given a peerage.

The Sunday Times reported that “one of the most prominent Tory donors, the billionaire hedge fund manager Sir Michael Hintze, is to be given a peerage in the next list of political peers, which also includes Paul Dacre, the former editor of the Daily Mail.”

An investigation by OpenDemocracy in 2021 found that donors who gave at least £3 million to the Conservative Party and had served as party Treasurer were almost guaranteed to be offered a peerage.

Hintze has also been a donor to the Prince’s Foundation, a charity run by Prince Charles. It’s funny how people just keep giving Charles lots of money, like the Qatari sheikh who reportedly gave him €1 million recently in a suitcase.

And according to DeSmog, Hintz is “one of the few known funders of the Global Warming Policy Foundation (GWPF)”. The GWPF is a Tufton Street think tank headed by former Tory Chancellor Nigel Lawson, which has frequently published reports denying the severity of man made climate change.

Green MP Caroline Lucas said that appointing funders of climate denialism was “utter hypocrisy”, and called for an urgent investigation into the appointment.

The Sunday Times reported on the Tories’ fundraising dinner at the V&A museum last week, where Johnson reportedly performed “a sexually suggestive call-and-response routine with Nadine Dorries, the culture secretary. Johnson asked her about the latest broadband rollout figures and Dorries replied: “69 per cent”. Johnson grinned and repeated “69!” to some laughter. But one of those present said: “Everyone around me cringed.””

According to the Sunday Times, a minister present at the fundraiser said “The donors are turning against him.” The paper speculated that this may explain why Johnson has chosen this moment to ennoble longtime allies like Hintze and Dacre.

There are quite a few other Tory donors in line for peerages who have given significant sums of money over the past 10 years. Just looking at the list of top individual donors to the Conservative Party on the Electoral Commission website shows that people like theatre producer John Gore (who has given over £6.5 million to the Tories) and banker John Armitage (gave £1.1 million in 2017) may be likely contenders for a place in the Lords.

Along with other donors, John Gore signed a letter urging Conservative MPs not to challenge Boris Johnson’s leadership, saying they would withdraw their support if he was removed in a vote of no confidence.

Other donors who signed the letter include Chairman of Arbuthnot Banking Group Plc Henry Angest, property developer Tony Gallagher, Sir William Adderley, Lord Cruddas and current Tory treasurer Malik Karim. Cruddas was given his peerage by Johnson after he ignored advice from the Lords Appointments Committee, leading to allegations of cronyism from the Labour Party.

According to Byline Times, Michael Hintze is a funder of the Conservative Friends of Education, a culture war group that aims to be “the vanguard of the conservative movement’s fight against radical leftist “indoctrination” in education.” The group was founded by Stephen James, a former British Army Intelligence Corps veteran who served in Afghanistan.

Hintze also donated £100,000 to the Vote Leave campaign and is a trustee of the Institute of Economic Affairs. Hintze’s business interests took a hit during the pandemic, with his hedge fund CQS doing poorly. The FT reported that “CQS’s flagship Directional Opportunities Fund lost 34.8 per cent in 2020 — one of the biggest hedge fund casualties of the coronavirus pandemic — after its structured credit bets turned sour.”

“Choosing who sits in our parliament and makes our laws should be down to people not politicians. When the Prime Minister of the day has a free hand to pack parliament with party backers and political allies it’s no surprise that the House of Lords looks like a retirement home than a modern and effective legislature.”

The appointments system has been broken for some time, but it is hard to escape the feeling that the Government in power often turns to appointments at a time of weakness to reward loyal allies and bolster the leader’s support when party MPs might be losing faith.

I wrote about the hereditary peers in the House of Lords earlier this year for Byline Times, and one Conservative hereditary peer supported his position in the Lords by saying that at least hereditaries usually turn up to vote for the government’s bills. The peer pointed to political appointees like Sir Anthony Bamford, who rarely even attend the House, being either too rich to bother claiming expenses, or simply uninterested in legislating.

The Lords is undemocratic, and the appointments system is clearly open to abuse because it facilitates a kind of patronage politics which encourages the perception of corruption. There is of course no suggestion that any of the donors mentioned here have done anything illegal, but that is precisely the problem. Political patronage is entirely legal in the UK.