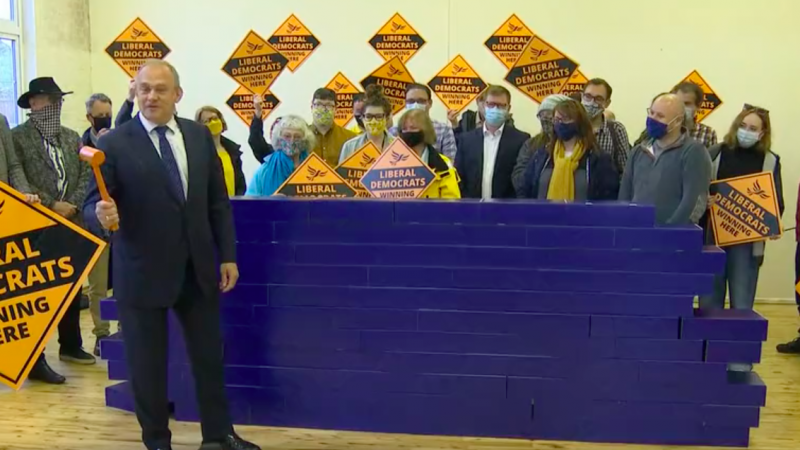 The Liberal Democrats have revealed one of their key demands if they are to agree to a coalition deal with Labour.

The New Statesman reports that the ‘price of Liberal Democrat support for a Labour minority government would start with electoral reform without a referendum, in a confidence and supply agreement’.

The news comes after both parties inflicted by-election defeats on the Tories last week, with Labour regaining Wakefield and the Lib Dems overturning a Tory majority of more than 24,000 in Tiverton and Honiton.

The Lib Dems believe that no party is likely to secure an overall majority at the next election and have decided to prioritise electoral reform and a fairer voting system rather than ministerial posts or short term wins.

The return of tactical voting has also led to renewed calls from some for the parties to strike a deal.

Labour’s win in Wakefield by around 5,000 votes, a 12 per cent swing from the Tories, saw the Lib Dem candidate Jamie Needle lose his deposit with only 1.85 per cent of the vote.

Naomi Smith, chief executive of the Best for Britain, said at the time: “Labour and the Lib Dems mustn’t rest on their laurels, repeating this success will be much more difficult in a general election. Our polling proves they will need to collaborate to defeat the government.”