With the 6th anniversary of the Brexit vote looming, Labour should loudly highlight the damage being done 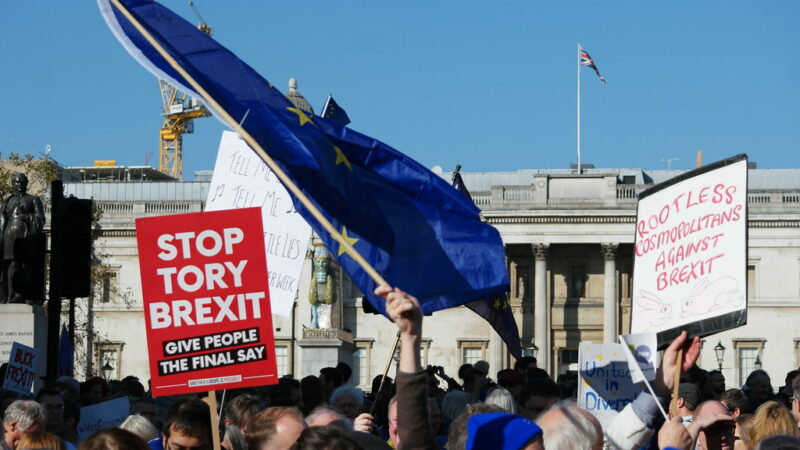 As we approach the 6th anniversary of the Brexit vote (June 23rd), it is clear that Brexit is far from done and that the Government is covering up the damage being done.

The promised plethora of trade deals with countries queuing up to do deals with the UK has not materialised, the government is desperate to get into the Progressive Agreement for Trans-Pacific Partnership (CPTPP) by the end of the year.

Possible deals with Mexico and India are talked up, but any chance of a super-trade deal with the USA vanishes further in the rear view mirror every time Johnson and Truss threaten to tear up the Northern Ireland protocol and damage the Good Friday agreement.

Another warning to the UK on the situation in Northern Ireland came when Joe Biden announced a proposed trade deal with 12 Indo-Pacific nations aimed at strengthening economies and as a bulwark against China – there was no mention or inclusion of the UK in any deal.

An experienced US union trade expert told me: “It’s not so much as trade deal – as yet – but it sent a message to Johnson”.

In the absence of trade talks being possible with the US, the government’s strategy is to go state by state, doing deals such as the recent miniscule ‘trade deal’ with Indiana in the USA (worth £1.1 billion) which will be centred around pharma company Eli Lily and aerospace company Bombardier. So much for Global Britain!

A trade deal with Mexico faces major hurdles as the US will be looking over the UK and Mexico shoulders at the talks. Recently US Trade Representative Katherine Tai said the USA is again investigating Mexican Labour practices (for the third time) using mechanisms in the USMCA (US/Mexico/Canada Agreement) deal. “Mexico has an appalling track record of union-busting and flouting international labour conventions,” said Rosa Crawford, trade policy officer at the TUC. She told the website Morning Trade UK: “The U.K. government must not turn a blind eye to this,”, calling for a deal that lifts labour standards.

But the government has made clear it wants to use Brexit as an opportunity to rip up workers’ rights with the press reporting that Jacob Rees Mogg’s department plans to publish over 1000 EU laws that will be reviewed and potentially scrapped. Unions fear this could include hard won rights such as the right to holiday pay.

And while the economic damage of Brexit is clear, the Governor of the Bank of England Andrew Bailey has been accused of being “reluctant” to talk about the harm caused by Britain quitting the EU “to avoid upsetting the Government”.

The Bank of America’s London office issued its ‘UK Economic Viewpoint’ saying: “We would note our impressions that the Bank of England has been reluctant to talk recently about one of the key supply shocks hitting the UK – Brexit. It was notable, for instance, during Governor Bailey’s interview with Adam Posen (a noted US economist) on the fringes of the IMF Spring Meetings, or that the recent Monetary Policy Report contains – in our view – little reference to the issue.” The Bank of England declined to comment on the claim.

Liberal Democrat International Trade spokeswoman Sarah Olney, MP said that the damage caused by Brexit was “clearly evident and should be highlighted. People up and down the country can see this first-hand and the Bank of England should be reporting on this, not muting their comments to appease the Government.”

With the 6th anniversary of the Brexit vote looming Labour should loudly highlight the damage being done and not allow Boris Johnson to trumpet a return to ancient Imperial measures as evidence that Brexit is working.