“I will never unsee Dominic Raab’s wink from the despatch box at Angela Rayner. I feel soiled”. 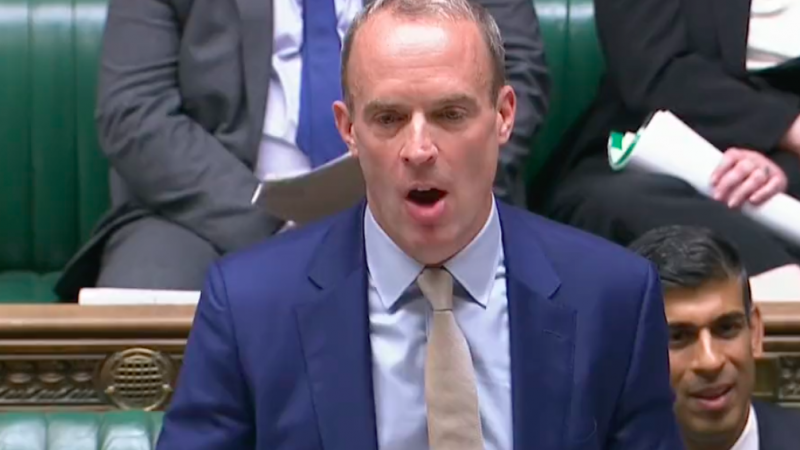 Dominic Raab has been condemned for his ‘snobbery’ as well as for disgusting misogyny following his jibes at Angela Rayner during yesterday’s Prime Minister’s Questions.

At one point during heated exchanges at the despatch box, Raab winked at Labour’s Deputy Leader Angela Rayner, before going on to make a jibe about her attending the opera.

“She was at the Glyndebourne music festival sipping champagne, listening to opera. Champagne socialism is back in the Labour Party.”

In a statement after the Commons clash, Rayner hit back with the perfect response: “My advice to the deputy prime minister is to cut out the snobbery and brush up on his opera.

“The Marriage of Figaro is the story of a working-class woman who gets the better of a privileged but dim-witted villain.

“Judging by his own performance today, Dominic Raab could learn a lesson about opening up the arts to everyone, whatever their background.”