'Under successive governments we have been swamped with anti-migrant legislation and Home Office practice reflects that political outlook, and blocks claimants at every turn'. 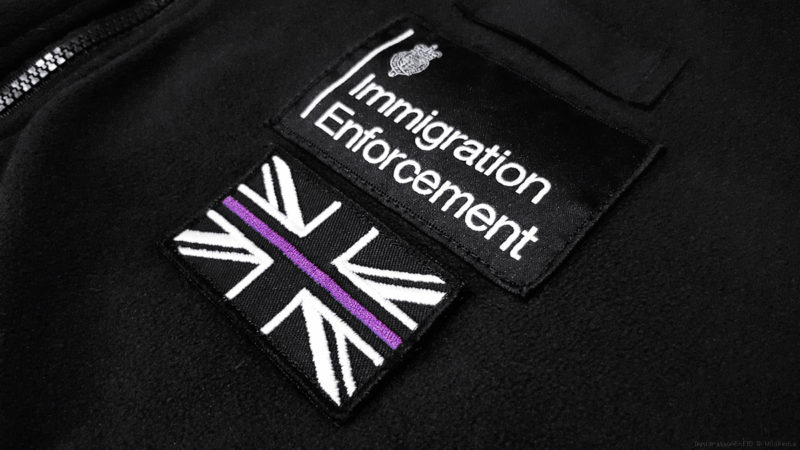 Immigration policy in this country has variously been described as ‘chaotic’, ‘shambolic’, ‘irreformable’, ‘disorganised’ and many more terms, some unprintable. I may even have used a few of them myself.

But the truth is none of these adjectives is quite right, because they imply a degree of deviation from the norm, something aberrant. Instead, the entire cruel and inhuman conduct of immigration policy is a feature of the of this system, not a glitch.

We can see this is in everything from the overarching policy relating to Windrush, to the policy on mistreatment of refugees arriving across the Channel, to the current false helping hand for Ukrainian refugees.

It can also be seen in the all the small things that the Home Office immigration section does to thwart applications for asylum.  This is certainly true of the case work on immigration and asylum that reaches my office, and I am sure mine is not unique in that respect.

To give some examples: a caseworker reports hanging on the end of the Home Office line for hours on end. There is looped tape which says, “you are fifth in the queue”, which seems encouraging, until you realise that you have heard that same message for two and a half hours continuously. Or multiple reports of desperate people who cannot even get anyone in the Home Office to pick up the phone. Or paperwork that was previously to hand that has mysteriously gone missing, again.

It was also reported in the media a few days ago that a Home Office whistle blower said that it was now practice to issue visas for refugees from Ukraine, but that one small child would be left off the list of family visas granted. The twin purpose is to allow ministers to boast a high number of visa approvals, but practically allowing only the smallest number of actual arrivals, because families will not leave without the small child.

We checked our own case work records, and immediately found three other families from Ukraine in exactly the same position. There may be others. This is too much, and too specific to be coincidence.

At the same time, we learn that the Home Office is refusing to deal with any applicants from Afghanistan at all, and has now done so for some time.

It seems that there are strong words of sympathy and support while these conflicts continue, but there is precious little action in terms of support for refugees, some of whom are in desperate straits.

This cruel treatment is of course perfectly aligned to a policy and to a government which wanted to push migrants back in the Channel, but dropped the policy ahead of a legal challenge. It is also easily understood in the context of the policy which is now auto-deportation to Rwanda.

Despite ministerial claims, it is not the many critics of this Rwanda policy who are the ‘borderline xenophobes’ or racists. It is the architects of this policy that fall into that category.

The wider picture, of course is one where the Windrush victims are not being compensated as the government waits for them to die off. Or where the Nationalities Bill makes second-class citizens of British people who were born here, because their parents were not.

Now we learn that slanderous allegations that Labour MPs ‘voted for illegal immigrants to stay’ are being used in Tory posters and online memes. Of course, no such vote took place and instead MPs and others have properly argued for asylum-seekers to be allowed what are their legal rights.

The pattern is too clear, too consistent and too brutal to be a mistake. Under successive governments we have been swamped with anti-migrant legislation and Home Office practice reflects that political outlook, and blocks claimants at every turn.

As the economic and social crises have deepened over the last dozen years under Tory-led governments, they have pushed both immigration laws and policies in the sewer. They will try to continue to do so as these crises worsen. This makes it imperative there is a great reforming Labour government to sweep this rotten cabal away, taking their immigration policies with them.