As the cost-of-living crisis worsens, plunging millions into poverty, the prime minister has given an approximate 100% pay rise to a multi-millionaire minister. 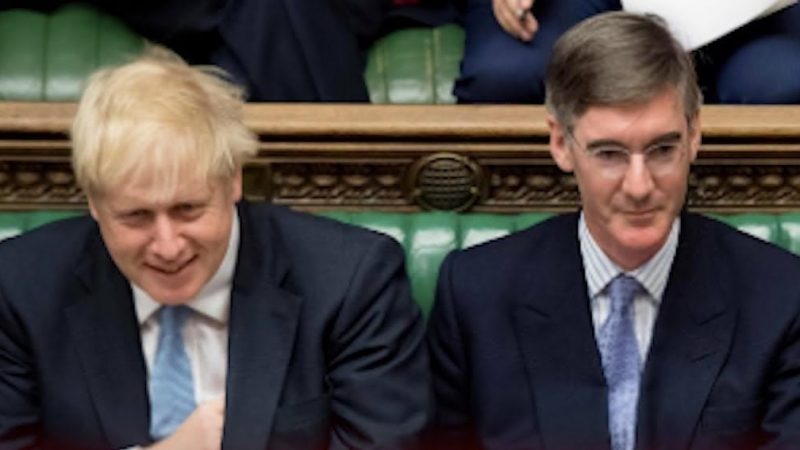 Jacob Rees-Mogg’s ministerial salary has more than doubled following his appointment as a full member of Johnson’s cabinet to the newly created role of Brexit opportunities minister.

Reports show that as leader of the House of Commons, the MP for North East Somerset, was entitled to a salary of £34,367. Following the reshuffle, which essentially saw Rees-Mogg demoted, his salary has risen to £71,673.

One of the highest earning MPs

Not that the 100% salary rise will make much of a difference to the multi-millionaire’s fortunes. The MP has long been considered one of the highest earning members of parliament. As of early 2022, the prominent Brexiteer’s net worth was said to be around £150 million.

Asides his new job as minister for ‘Brexit opportunities’ affording him a significant salary jump, experts have warned that Rees-Mogg’s new position could make him considerably richer through his shares in an $8bn investment fund.

Rees-Mogg is a major shareholder in Somerset Capital, the asset management firm he co-founded in 2007. In 2020, the MP was in line for a dividend payment of around £800,000 after Somerset Capital reported profits for distribution of £14.9 million.

An investigation by Channel 4 Dispatches showed that since the referendum the MP is estimated to have earnt £7 million from investments.

It is said that Rees-Mogg’s new appointment will replace the one held previously by Lord Frost, whose duties included “coordination of cross-government positions on trade issues.”

Could Rees-Mogg personally benefit financially from his new role?

The government however insists that the MP will not be tasked with making decisions “in respect of financial services” as Brexit opportunities minister. However, warnings have been made about the regulations he could axe in his new role which he could personally benefit from.

Expressing such concern is Susan Hawley, executive director of Spotlight on Corruption, which works to end correction within the UK. Talking to openDemocracy, Hawley said:

“Rees-Mogg’s vast investment portfolio in dozens of sectors across several continents could pose a serious conflict of interest with his reported intention of axing a thousand regulations when he could stand to benefit personally from the process.”

“Worryingly, the government’s hurried announcement of his new ministerial role fails to even spell out his specific responsibilities, and so the public will be left in the dark as to what exactly Rees-Mogg will be doing on taxpayers’ time, and whether he will stand to benefit personally from any recommendations he makes.”

Concerns echoed by Steve Goodrich, head of research and investigations at Transparency International, who said:

“It’s risky business when ministers hold briefs relating to their personal financial affairs, and even more so when there’s a lot of money at stake.

“In theory, there are rules in place to stop them blurring the lines between their public roles and private interests, yet in practice these have proven to be no more than just words on paper.”

Whether Rees-Mogg takes the additional ministerial salary from his reshuffle to minister of Brexit opportunities and makes decisions about financial services that he could personally benefit from remains, for now, speculation.

What is less speculative, is MPs receiving pay rises – some of whom earn millions ‘on the side’ from investments and other ventures – while households across the UK are hit by rocketing energy bills, council tax and National Insurance, shows the gross inequity of in public and private sector pay as the gap expands between the highest and lowest earners.