'We have naïve platitudes about ‘standing with our NATO partners’, when NATO is not going to be doing any fighting at all.' 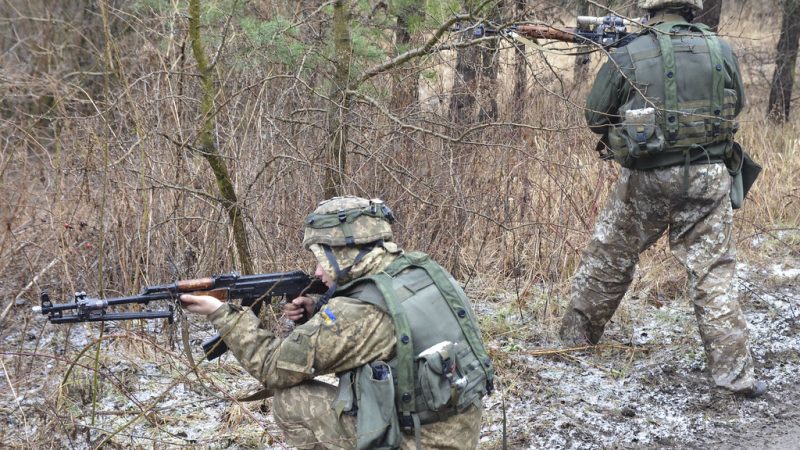 Political discussion in this country is now dominated by the drive to war. The conflict over the Ukraine could hardly assume greater potential consequences, not least because both Russia and NATO members are major nuclear powers.

Some of us who are critical of the drive to war, or who even express a note of caution, are now denounced for appeasement, being naive or even as mouthpieces for Putin. This type of smear is completely hypocritical from those who have been happy to be bankrolled by the Russian oligarchs who support Putin for years. These types of criticisms are worthless.

Those who support a peaceful resolution of this crisis have faced these familiar refrains at every major conflict over the past period. There were similar allegations and slanders in relation to Afghanistan, to Iraq and to Syria.

If just one of these military adventures had been in any way successful, the proponents of war here and internationally might have a leg to stand on. They do not.

Instead, we have naïve platitudes about ‘standing with our NATO partners’, when NATO is not going to be doing any fighting at all. NATO forces will be keeping out of harm’s way in the conflict, having spurred it on.

The truth is, of all the leaders of those countries who stood at the head of regimes where basic democracy, human rights and national rights were denied, wars waged against them did not resolve any of those issues. Instead, hundreds of thousands of lives were lost, at a minimum. Tens of millions of lives were devastated, creating huge numbers of refugees. The countries themselves have never recovered from these Western military interventions.

This catastrophe is what the supporters of peace and dialogue are hoping to avoid once more. Why anyone who supported the intervention in Afghanistan in the name of ‘defeating the Taliban’ should now feel free to air their views on the necessity of war with Russia is a mystery. They have learnt nothing, and the starving people of Afghanistan are testament to the failure of their analysis and their military aggression.

A military conflict in Ukraine would be far bloodier. Both sides are better-armed than the Taliban, who eventually routed Western forces. Western Ukrainians are overwhelmingly attached to their country, while most people in the east see themselves as Russians. They have already fought very hard to assert that against Ukrainian armed forces.

In this complex mix, the US has decided that it is necessary to send US and other NATO troops to Russia’s borders. As I have said elsewhere, this alone should tell us that the claims that Russia is the aggressor here should be treated very sceptically. The destabilisation of the entire region comes from the continued eastward expansion of NATO.

Instead, we need to find peaceful solutions to a complicated conflict of identities and national rights.  This was done elsewhere in Eastern Europe as countries peacefully separated. The Czech and Slovak Republics managed it rather well.

The approach of the British government and others is in the opposite direction. It is not at all helpful. Ignominiously ending one disastrous war in Afghanistan, it is no time to be starting another one. The public is opposed to war with Russia, which would be extremely dangerous for all sides, not least the people of Ukraine.

We need de-escalation and dialogue, not militarisation and threats of war.