Mark Spencer is joined by Priti Patel in defending the prime minister. 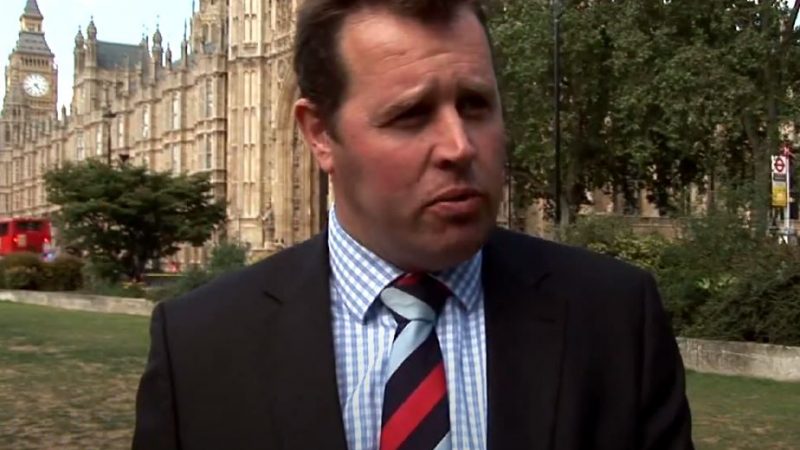 Mark Spencer, Conservative MP for Sherwood, and government chief whip has said he is 100% behind Boris Johnson.

On January 12, Spencer tweeted: “PM continually delivers for the country. Got Brexit done. World-beating vaccine roll-out. 400,000 more jobs than pre-Covid. Keeping schools open and children learning. Building back better for all. All thanks to the leadership of @BorisJohnson. 100% behind him”

The tweet has been lambasted, with users questioning the accuracy and integrity of each point.

With soaring food bank usage up and down the country and millions having to choose between heating and eating as the cost-of-living crisis worsens, one user pointed to the “building back better for all” point, tweeting:

“Actually NO… Building back better for all??? I’ll believe that when there are no food banks, no privatised NHS, and people don’t have to make a choice between eating or keeping warm!”

More than a year after Johnson signed his post-Brexit trade deal with the EU, the repercussions of Brexit are manifesting themselves. Ramifications include declining trade between the UK and EU, as firms are hit by new customs paperwork and checks, and empty trucks and supermarket shelves signalling at how leaving the EU has created a perfect storm in supply chains.

Given the multiple ramifications of Brexit, the integrity of the chief whip’s “Got Brexit done” remark was questioned. As one user wrote:

“Thing is Brexit is done but I don’t see how we’ve reaped any substantial benefits from it.”

The same tweet questions Spencer’s allusions to the thousands of new jobs and questioned the PM’s response to the pandemic, stating “What about the thousands of avoidable deaths since the pandemic started? Or the jobs lost due to years of austerity (possibly still lower than pre-austerity levels), and so on…”

Another queried to the accuracy of every point, writing:

Others issued warning to Mark Spencer about backing Johnson.

“You’ll lose your seat at the next election if you continue to back him. I voted for you. Be careful which horse you back,” someone posted.

The chief whip isn’t the only high-profile Tory to publicly defend Boris Johnson and come under criticism for doing so.

Home secretary Priti Patel has thrown her full support behind the PM over the Downing Street garden party row.

In an interview with Sky News political editor Beth Rigby, Patel said that she was “supporting the prime minister” and that his government’s work is how she “spends all my time day in, day out”.

The home secretary also rejected a suggestion that a lack of a police investigation into the 20 May event in the Downing Street garden could undermine public confidence in the police.

“No, absolutely not,” she said.

A leaked message to fellow Conservatives shows Patel saying: “Team, today the Prime Minister has given his heartfelt apologies and taken responsibility for what has happened.

“Thanks to Boris’ majority, the work of this Government is so extensive, we continue to bring forward some of the biggest reforms in decades to Level Up – to the NHS, asylum system, housing & more.

“Now is the time to put our shoulders to the wheel & back Boris to deliver on the People’s Priorities.”

Like Mark Spencer’s, Patel’s comments sparked censure. Some took to Twitter to voice their disproval and to remind the home secretary that she had told Sky News that she would call the police if her neighbours were hosting a party that broke coronavirus restrictions.