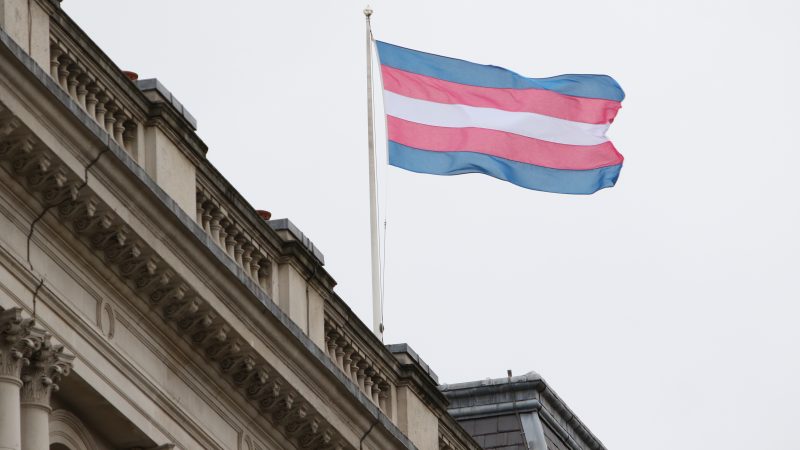 In the past four years, the dial has turned up on anti-trans rhetoric in the UK and as a trans woman, it has been increasingly worrying to see how rapidly transphobia has spread.

Transphobia went from a slow simmer to a raging boil. Its rapid growth has made the UK an increasingly dangerous and hostile place for transgender people.

This troubling reality is confirmed in a report from the European Region of the International Lesbian, Gay, Bisexual, Trans, and Intersex Association (ILGA-Europe), finding that the rise in anti-trans rhetoric has set back the UK’s progress towards LGBTQI+ equality.

The notable increase in transphobic hate crimes is partly due to a rise in reporting, notes ILGA-Europe. But the organisation predominately attributes the growth in hostility towards transgender people to the UK media and celebrities. The report identifies J.K Rowling’s repeated transphobic attacks as a prominent example of damaging anti-trans rhetoric.

She has become the celebrity face of the anti-trans lobby in the UK, particularly those who identify as trans-exclusionary-radical-feminists (TERFs). Her rhetoric creates a false dichotomy between trans and women’s rights – suggesting that trans rights denigrate women’s rights. Due to her prominent position within society, her words have a global reach. In June 2020, Republican Senator James Lankford cited Rowling’s transphobic manifesto to block the Equality Act.

Most recently, Rowling tweeted criticism of Police Scotland’s announced policy of classifying rapists as women if they identify as such. The author called the policy absurd and used language invoking George Orwell’s 1984.

Her criticism legitimised TERFs’ rhetoric that trans women are rapists. It resembles the language surrounding the transgender bathroom debate in the US. It is indicative of a moral panic that unfairly casts transgender women as predatory rapists. It is a long-standing feature of the anti-trans mythos that the TERF/gender-critical lobby has gleefully adopted.

These transphobic sentiments were largely dormant until 2016, when former Prime Minister Theresa May announced that her government would be seeking reform of the GRA to allow for a self-declaration system. Immediately after, there was an exponential rise in anti-trans news reports and columns.

The Times led the charge, winning awards for their transphobic content, followed closely by other outlets like the Mail, the Telegraph, the Guardian, the Express, the Sun, the Spectator, the New Statesman, and BBC News.

“We made all these advances,” says Christine Burns, activist and editor of Trans Britain: Our Long Journey from the Shadows, in an interview with Al Jazeera. “And most people didn’t even notice we were there because we don’t impinge on people’s lives. We want to get on with having private lives. And it wasn’t until about 2017 that a confected campaign was launched with certain of Britain’s newspapers. Suddenly we went to having, with some newspapers, three or four very negative articles a week.”

The Independent Press Standards Organisation (IPSO) published research in 2020 showing a 400 per cent increase in coverage of transgender people between 2009 and 2019. The volume and intensity of this coverage, coupled with its tone and nature, has led to increasingly uncomfortable scrutiny for transgender people, says Nancy Kelly, chief executive of Stonewall UK, in the same interview with Al Jazeera.

The coverage has only increased intensity in the past year, with gender-critical voices frequently being given platforms over transgender people. For instance, in October, the BBC published an article that accused trans women of coercing lesbians into sex.

The article quotes figureheads from gender-critical groups like LGB Alliance and Get The L Out. They say cisgender lesbians are being pressured to date trans women out of fear that they’ll be criticised for being transphobic. Critics slammed the article for misrepresenting the views of the lesbian community.

The unfortunate reality is that the UK is a dangerous place for transgender people right now. Our identity is being weaponised and used as a tool in the culture wars. The situation is unlikely to improve as the Conservative Party continues to lean into anti-trans rhetoric to garner increasing support from their voter base.