The humiliating disinvitation of Britain’s presence at such an important inter-ministerial meeting draws even greater reproach of the UK’s tough immigration approach. 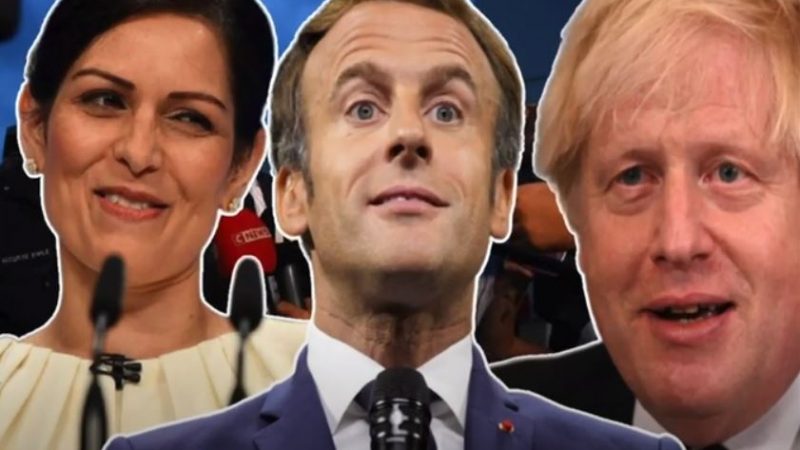 The French interior minister has withdrawn his invitation to meet the home secretary after France was disappointed by the Prime Minister’s demands.

In response to this week’s tragic loss of life in the English Channel, France was planning to welcome ministers from all states with Channel coasts for a meeting on the refugee crisis on Sunday, including the UK home secretary.

Priti Patel has had her invitation rescinded, following calls by Boris Johnson on France to take back people who crossed the Channel to Britain in small boats.

The meeting is still going ahead with ministers from other European countries, minus UK representation.

In a letter to President Emmanuel Macron, Johnson had set out five steps to avoid this week’s tragedy, which saw many migrants drown crossing the English Channel, being repeated.

The letter made demands of France to immediately take back all migrants who land in England after crossing the Channel.

Johnson insisted that taking people back would “fundamentally” break the business model of the criminal gangs behind the trafficking and “would significantly reduce – if not stop – the crossings, saving thousands of lives.”

The letter also called for greater cooperation with France, putting forward the prospect of aerial surveillance, joint border patrols, and the sharing of intelligence to arrest and prosecute people smugglers, as well as talks to establish a UK-EU returns agreement.

In a message seen by AFP news agency, the French interior minister Gérald Darmanin informed Patel that Johnson’s letter was a “disappointment.”

The Prime Minister escalated the political tension further by posting the letter on Twitter.

“Making it public made it even worse. I therefore need to cancel our meeting in Calais on Sunday,” said Gérald Darmanin.

Gabriel Attal, the official spokesperson for the French government, echoed Darmanin’s criticism of the letter. Talking on French TV, Attal referred to the letter as “mediocre in terms of the content, and wholly inappropriate as regards the form.”

The government spokesperson elaborated as to why the letter was mediocre, saying it fails to respect the work of France’s coastguards, police, gendarmes, and lifeboat crews.

“It basically proposes a ‘relocation’ agreement, which is clearly not what’s needed to solve this problem.

“We’re sick and tired of this double talk and outsourcing of problems,” Attal told BFM TV.

An unnamed source told AFP and French media that France considers Boris Johnson’s public letter to be “unacceptable” and contrary to the discussions we had with our counterparts.

“Therefore, Priti Patel is no longer invited to the inter-ministerial meeting on Sunday, which is maintained in the format of France, Belgium, the Netherlands, Germany and the European Commission,” the source continued.

The humiliating disinvitation of Britain’s presence at such an important inter-ministerial meeting draws even greater reproach to the UK’s tough immigration approach.

Critics are directly blaming the government’s “hostile environment” for the deaths. As journalist Diyora Shadijanova tweeted:

“Powerful scenes of solidarity outside the Home Office today as hundreds gathered to mourn the lives of refugees killed by UK’s hostile environment. People chanted “we must win”, and with people showing up consistently, we will.”

Meanwhile, much of the right-wing press has been quick to use the Johnson’s “wholly inappropriate” letter to attack France and Macron.

The Daily Mail, for example, referred to the story as a “Macron meltdown.” Antagonistic sensationalism shared by The Sun, which described the incident as “le snub” from “furious France.”