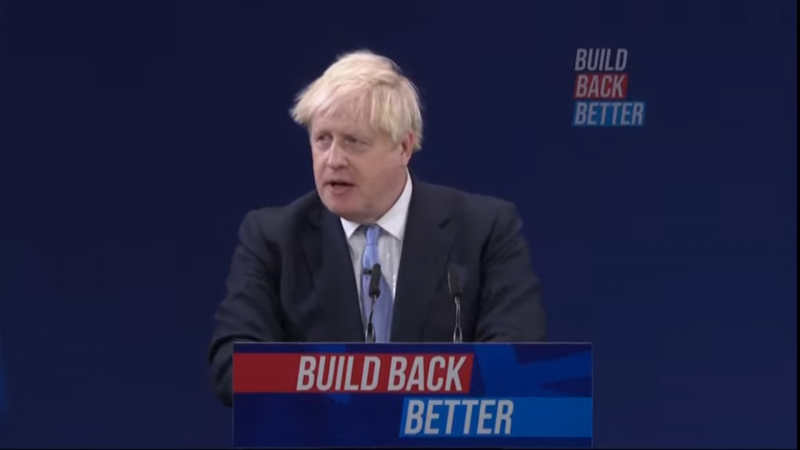 Hywel Williams is Member of Parliament for Arfon.

Today, the Conservative government cuts £20 a week from Universal Credit. This is at a time of a fuel and food crisis, rising inflation and deep uncertainty and worry over what the future holds for us all, households and businesses alike.

And it’s ahead of a rise in National Insurance, in effect a rise in tax. In doing so, the Conservatives are deliberately making the lives of over a quarter of a million people in Wales and many more across the UK poorer and more difficult.

So far, Tory conference has matched cynicism of our political system with delusion, false ‘truths’, historical revisionism and political doublespeak. It looks pretty clear that the Conservatives are raising taxes now, heedless of the cost-of-living crisis, so that in three years they can lower them again before an election. But while the Prime Minister tries to distance himself from austerity, his Chancellor uses his conference speech to celebrate it.

This has very real consequences for public policy, most obviously the government’s incoherent rationale for cutting Universal Credit as a way of pushing people into work – while naturally providing no evidence to support this claim.

As of August, 279,000 people were on Universal Credit in Wales with ‘searching for work’ being the largest conditionality for claiming. Yet 38 per cent of Welsh Universal Credit claimants are already in work. Rather than cutting support, the government should admit their guilt in flatlining living standards, worsening poverty and weakening public services.

More than that, the cut to the £20 uplift in Universal Credit and Working Tax Credit will affect more than four in ten families with children in Wales. This is especially significant when figures from 2019-20 show that of the 31% of our children were living in poverty. 71 per cent of these children were from working households.

The Chancellor claims that work is the magic answer to poverty. But wages have stagnated under the last decade of Conservative control of the economy. Worse is Sunak’s own dishonesty over how his tax hikes will hit employment. Business group after business group representing all sizes and all sectors have said repeatedly that the hike in employer’s national insurance, a de facto tax on jobs, will make recruiting new staff more expensive and less likely. If we’re fixing poverty through employment, then the Chancellor is the chief saboteur.

The UK can, it seems, afford nuclear weapons, new aircraft carriers and a Royal Yacht. But in the midst of an unprecedented health and economic crisis it can’t afford to keep the boost of £20 a week for the most hard-pressed families.

Boris Johnson blathers on about ‘levelling up’. But the Chancellor reverses the Universal Credit uplift, taking £286 million from Wales’ local economies. This money supports local businesses and services who benefit from the local spend. Their interests lie with the people who work and earn low wages, not with the Tories who are attacking them.

So, what’s the Westminster government’s answer to all this? Fleeing the righteous anger from Wednesday’s decision, the Prime Minister has announced the ‘Household Support Fund’ – including a whole £25 million of funding for Wales. This discretionary payment is less than a tenth of the amount the Universal Credit uplift was worth to the Welsh economy. Yet this miserly sum does give the Welsh Labour Government the chance to show again that when Wales takes its own path, we achieve things better, faster, and more fairly than when we wait and wait for Westminster.

Conservative politicians like the Secretary of State for Wales, Simon Hart, hate this self-evident truth. He says we’re playing politics – just wanting more powers for our Senedd. It’s no surprise that the most senior Welsh Conservative in Westminster won’t defend our interests. What is unforgiveable is that he does so the same weekend that the Prime Minister and the Chancellor have struck a pact to raise taxes on businesses and households now to pay for tax cuts just in time for the next election.

Labour First Minister Mark Drakeford needs to dump all his talk of a ‘union dividend’. What that actually means for Wales is poverty and imposed decisions, made in the interest of others. Instead, he should demand proper powers, including control over welfare, to deliver on our – and I trust his – priority of banishing the scourge of poverty, both in and out of work.

Waiting for Westminster has never worked for Wales. Now it punishes those least able to afford it.