The Starmer-backing union leader also hit out at the continued suspension of Jeremy Corbyn, branding it 'disgraceful'. 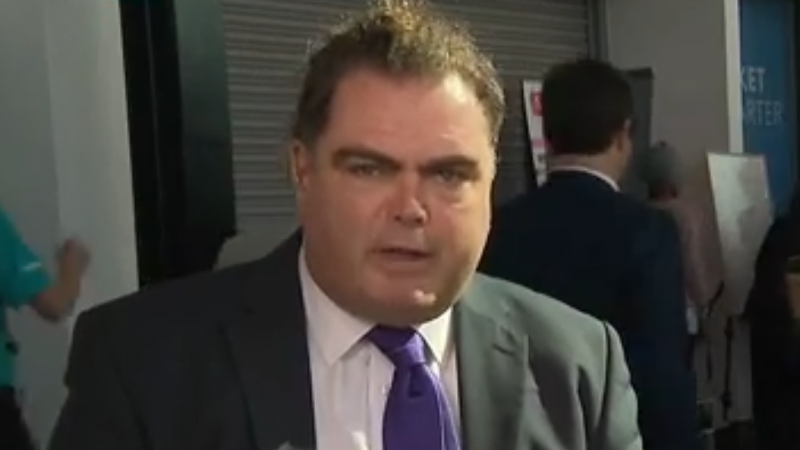 Unions will push to repeal Keir Starmer’s controversial changes to the leadership nomination rules which make it harder for a left-winger to reach the ballot, a transport union leader has told Left Foot Forward.

Manuel Cortes, the left-wing leader of the TSSA transport union, hit out at the Labour leader’s reforms that mean a future leadership candidate needs 20% of MPs to nominate them in order to get on the ballot – double the current threshold. The TSSA – one of the smaller transport unions – nominated Keir Starmer in last year’s leadership election.

Speaking from the party’s annual conference in Brighton, Cortes said the rule change will ‘limit choice’ and was not ‘healthy’: “Labour is a broad movement. You should allow every wing of the Labour party to put a candidate up, then let the members decide who is the leader.

“Trying to bring in artificial barriers to stop that doesn’t work. In 2015, the centre-left decided they wanted a change and nominated Corbyn.” He predicted a left-winger could still get on the ballot.

“Will this be the end of the debate? No, my union doesn’t agree with the principle [of a 20% threshold]. Maybe not next year, but at some point either us or some other affiliate will bring rule amendments to lessen the barrier.”

Cortes noted that the new threshold would have blocked the only black candidate in last year’s deputy leadership election, Dawn Butler MP.

Prior to Jeremy Corbyn’s election the nomination threshold was 15%, which Corbyn brought down to 15%, faced with a hostile Parliamentary Labour Party.

Asked to rate Keir Starmer’s performance – amid growing unrest from the party grassroots – Cortes told LFF: “It’s very difficult for any leader to be hit with a pandemic, restrictions on ability to visit workers, campaigning, holding conferences and so on.

“Generally speaking the policy direction of Labour is not bad. The New Deal for Workers – that’s radical stuff, puts us on the left of any social democratic party in Europe. But the internal party management leaves a lot to be desired.”

He defended suspended MP and former leader Jeremy Corbyn, branding his treatment ‘disgraceful’: “Let’s not forget he’s the former leader – we’ve never treated a former leader like this. I would have though it would have been resolved sooner…Why the hell is he not a Labour MP? No one has given me a satisfactory answer about that.”

The union leader expressed his frustration that Labour is ‘fighting each other rather than the Tories’: “I hope over the next few months that changes. We’re facing one of the biggest squeezes in living standards in decades. Inflation, the cut to Universal Credit, the spectre of interest rates going up, if all that wasn’t bad enough we have energy prices which are out of control.

“Labour needs to use this opportunity to show the British people we are a government in waiting.”

Cortes was a prominent campaigner against Brexit, including pushing for Labour to oppose it after the referendum.

Speaking to LFF, he argued that Labour will soon have to deal with the reality of Brexit: “[We’ll need to] tell the British people what a Labour government would do to stop this self-inflicted wound from festering.

“There are many solutions – I’m not even saying Labour should commit to rejoining the EU.” He urged Labour to back a new customs union with the rest of Europe, to stop the delays to goods at the borders. “You could set up a free trade treaty that goes beyond the bare bones we’ve got, more like what Switzerland has.

“It’s not about reopening the old debate. But there are measures Labour government could take to improve the flow of people and goods…

The TSSA is currently in talks to merge with a US trade union, the Boilermakers, to create the first transatlantic trade union.