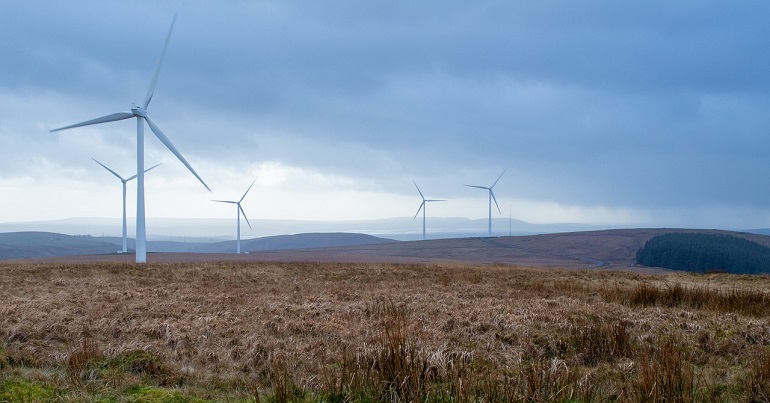 At their virtual conference (Saturday 11 September), delegates voted by a massive 527 to six votes in favour of an NEC that sell energy at controlled prices and claim a stake in renewable energy production and distribution in Scotland. Delegates also voted for an amendment to provide “affordable energy to consumers of limited means”.

The vote comes just days after the Scottish Government ditched plans for an NEC, a policy First Minister Nicola Sturgeon announced to cheers at the SNP’s 2017 conference. Since then, around £500,000 has been spent on consultation fees to design the policy. However, Sturgeon’s new Programme for Government contains no mention of an NEC, but instead a “new dedicated national public energy agency”, whose role would be essentially advisory.

Dr Craig Dalzell, head of policy and research at the Common Weal think tank which initiated the policy concept, said that party members had repeatedly made their feelings known on the issue.

Speaking to Left Foot Forward, he said: “In 2016 SNP members voted overwhelmingly to support a publicly owned National Energy Company. The Scottish Government adopted this policy to acclaim in 2017 but dropped the policy as quietly as they thought they could get away with just a couple of days ago. The motion passed today was submitted and approved before that U-Turn but that only highlights the demand from members for a Scottish energy system that works for people, not shareholders, and acts to support Scotland’s renewables sector, not the prices of a small cartel of private energy companies. SNP conference attendees have said it as clearly as they can again this year with a vote 99 per cent in favour of an NEC. They oppose the Government’s abandonment of their previous commitments. Scotland needs a publicly owned National Energy Company and we need to launch it immediately.”

Delegates who spoke for the motion and its amendment spoke of the need for energy autonomy, a focus on renewables over other forms of energy, and the need to supply cheaper energy to combat fuel poverty.

Rob Gibson of the Cromarty Firth SNP branch, which proposed the resolution, said: “We need a Scottish electricity bid not beholden to shareholder dividends…access to fair pricers to producers and consumers are a no-brainer.”

Roland Chapman of Castle Douglas and Glenkens branch said that an NEC was needed “with £20 of Universal Credit about to be removed and energy prices set to rise 6 per cent per annum”.

However, there is often a dis-juncture between SNP conference votes and Scottish Government policy. Party leaders did not consult the membership before dropping the NEC days before conference, and one SNP activist expressed concern at the limited powers of the new proposed agency.

Speaking for the resolution, Mariana Clyde of Meadows and Morningside SNP branch said that a more determined approach was required than that suggested by the new agency.

She said: “The proposal for a National Energy Company was announced in 2017, but in the recent Programme for Government there’s been another agency, which appears to be advisory only, to accelerate the delivery of heat and energy efficiency work, inform, educate the public on the changes required and provide expert advice to national and local government.

“Friends I feel that we must do much, much more.”

Reflecting on the Scottish Government’s decision to drop the policy on his private blog, head of strategic policy at Common Weal Robin McAlpine said: “This is a quite spectacular failure by the Scottish Government and will do little to persuade anyone it is not heavily influenced by the interests of the big energy companies in Scotland.

“But what is much worse is that this is likely now to entrench a sequence of systemic failures which will see Scotland fail to either own or make any real economic gain out of its burgeoning renewable energy resources.”