'One reason for the persistence of inequalities is that too many legislators are far removed from the social world inhabited by marginalised people'. 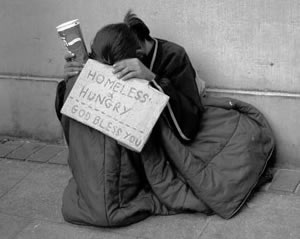 The UK’s income distribution lays bare its class politics. The rich keep getting richer; the poor head to foodbanks and social squalor and the political system does little to address the consequences.

This week, the High Pay Centre reported that in 2020 the median pay of a FTSE 100 CEO was £2.69m. This is 86 times the median pay for a full-time UK worker and far greater than the remuneration of most employees during their entire life.

Companies secured state-aid to mediate the effects of Covid, but fat-cats are still lapping-up the cream. The average bonus for FTSE 100 CEOs was £828,000. This is more than the lifetime earnings of someone on the minimum wage.

There is organised social squalor. The UK has the fifth most unequal distribution of income in industrialised countries, and fourth most unequal in Europe. The top 20% of households have 42% of all disposable income and only 7% goes to the bottom 20% households. In 2018, the bottom 20% of the households had on average disposable income of £12,798. More than 2 million workers (around 7% of all UK workers) are at or below the national minimum wage.

The consequences are lack of good food, housing, education, healthcare, security and access to broadband. Nearly three million homes are in fuel poverty and 1.7 million homes struggle to pay for water. Too many rely upon foodbanks and can’t put much away for retirement or sickness.

At the other end of society, despite the pandemic, the number of billionaires has increased. This enables them to exercise disproportionate influence on jobs, investments, production, media and political parties to ensure that they triumph. Hired politicians keep reforms off the agenda.

The government claims to be levelling-up, but there is no sign of redistribution.  If anything, the government’s obsession with austerity, wage freezes, anti-trade union laws and stealth taxes has widened inequalities.

Taxation should be used to redistribute income and wealth, but regressive taxation has become normalised. Millionaires and paupers pay VAT at the same rate. Council tax is levied at the same rate on residences valued at £320,001 or over £3 million, and no attention is paid to the ability to pay. National Insurance Contributions at the rate of 12% are levied on annual income between £6,515 and £50,270. The rate above that is just 2%.

In recent years, the government claims to have increased tax free personal allowances for individuals, but even their effects are regressive. For example, a £100 increase in personal allowance is worth £20 to someone paying income tax at the basic rate of 20%, £40 to someone paying at the higher rate of 40% and zero to 42% of adults living on annual income of less than £12,570. A universal minimum guaranteed income, not less than the living wage, would go a long way towards alleviating poverty and insecurity but is not on the agenda of any major political party.

Even the welfare support system is regressive. For example, all 3 to 4-year-olds in England can get 15 hours of early education and childcare for 38 weeks of the year. Another 15 hours a week is only available to children whose parents earn the national minimum wage or living wage for an average 16 hours per week. Analysis suggests that even parents with an annual income of £199,998 can receive more free childcare than low-income families.

One reason for the persistence of inequalities is that too many legislators are far removed from the social world inhabited by marginalised people. For example, the Health Secretary Sajid Javid collected £150,000 for 80-96 hours work from JP Morgan. Jacob Rees-Mogg, the Leader of the House of Commons, is estimated to have made more than £7 million from his investments. Leading neoliberal and backbench MP John Redwood receives income from consultancies. These include £5,000 a year for twelve hours work, £15,606 a month for fifty hours, and a bonus of £35,000 for past services not involving any additional hours. Before becoming Prime Minister, Boris Johnson received £28,900 for a speaking engagement involving two hours work, another £51,250 for two hours, and another £122,899.74 for three hours work.  Can these people empathise with the less well-off?

The key point is that too many politicians have little identification with the plight of the normal people and rarely take action to address deeper issues of inequalities, redistribution and regressive taxation. They are more likely to mix with people from the richer echelons of society and prioritise policies for the welfare of that class.

Such inequalities are a major obstacle to building a just society or even a sustainable economy. The political system needs to be reformed to naturalise empathy for the marginalised and forgotten people. We need more working class people to contest local and national elections.