"It would be far better accepted if a white middle class man got up and said I believe in the principle aims of Black Lives Matter." 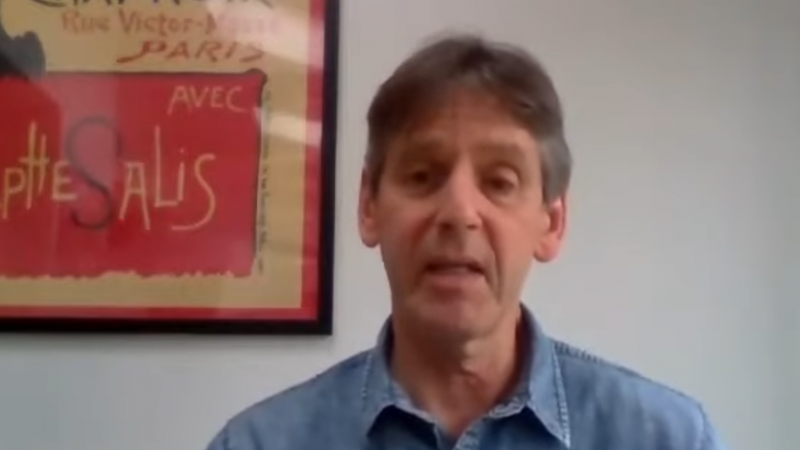 A Green Party of England and Wales leadership candidate has triggered anger from activists after he implied he is best placed to lead the Green Party because he is a white, cisgender, middle class man.

In an interview with Bright Green, run by LFF team member Chris Jarvis, Ashley Gunstock – an actor who was on The Bill in the 1980s – claimed that “a male, white cisgender leader [is] something that the electorate could focus on better.”

In the interview, Gunstock began by saying that he felt that “there is an identity for people such as me within the party that’s unrepresented at the moment”. When pressed to clarify what he meant by this, Gunstock said:

Gunstock went on to say that those movements’ calls would be more listened to by voters if they were coming from ‘the mouth of someone of their own kind…better than having a minority group leader getting up and saying the same thing’.

Many members expressed their shock at what they deemed ‘sexist’ and ‘racist’ comments. The Greens’ health spokesperson Cllr Rosi Sexton said: “It’s a sad day when one of our leadership candidates is genuinely less progressive than the Tory party.”

Ashley Routh, Co-chair of LGBTIQA Greens, challenged Gunstock on Twitter: “You spent 15 minutes of your Bright Green interview explaining how you don’t think that the British public are able to accept leaders who aren’t cis, white, middle class, and middle aged. How do you think that will play on the doorstep?”

Gunstock later replied: “Women do politics better than men, especially in the Green Party where we have an abundance of excellent female representatives. But that’s not my point which is that the electorate don’t share that view…The point which I’m making is that, even with all of our excellent heavyweight female representation, we are still not getting through to the electorate strongly enough.”

One former Green staffer hit back: “So for clarity, your position is that the primary reason we haven’t been getting through to the electorate strongly enough is that we have been led by too many women? And there are no other more compelling explanations?”

Other Greens expressed their shock at the comments online. One party activist told Left Foot Forward: “I was genuinely upset after watching [the interview]. I hope he loses his membership – there is no place in our party for him.”

Another activist said it was an ‘utter embarassment’, telling LFF: “His candidacy goes to show how utterly unreformed our constitution has gone over the years and how low a bar there is for entry into the leadership.” Leadership candidates need only 20 signatures from party members in order to stand, in a party of 50,000 members. Gunstock is regarded as an outsider in the race, which has five candidate tickets running.

Alex Scott, a Norwich Green Party activist, asked Gunstock: “Has it occurred to you that the electorate isn’t actually just cis white men? Why are wanting to appeal only to this demographic? Why not challenge the damaging undertones if you really believe only a cis white man can engage with people? All you are doing is reinforcing it.”

Asked to defend or clarify his comments, Gunstock told members: “I didn’t say that a white male was the best leader for the Green Party. I was saying that I was best placed as a white male, at the moment, at this particular time, to break through.”

Since the Green Party has had leaders (2008 onwards), the party has always been led either solely by women, or by women in a co-leadership team with Jonathan Bartley. Bartley and co-leader Sian Berry resigned suddenly earlier this summer, with Sian Berry departing over concerns about alleged transphobia.

This election could see the first trans person chosen as co-leader, in Tamsin Omond, who is running on a joint leadership ticket.