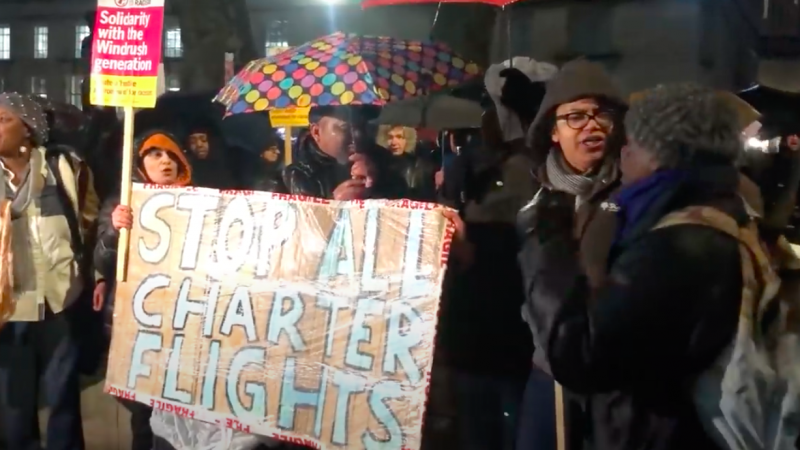 The government is being urged by MPs and campaigners to cancel a deportation flight to Jamaica scheduled for August 11, amid concerns its passengers could be children of windrush.

A deal had previously been made between the Jamaican High Commission and the Home Office in 2020, not to deport anyone who had lived in the UK since before they were 12 years old.

Human rights group Liberty has described the deportation flights as cruel and which will ‘tear people away from their families’.

A petition which has been set up urging people to take action against the Home Office’s ‘summer of racist mass deportations’ has gained over 180,000 signatures.

It states: “The Home Office has planned a summer of mass deportations  by charter flight to Zimbabwe,  Vietnam, Jamaica, Pakistan, Ghana and Nigeria.

“They have already deported 14 people of a planned 150 to Zimbabwe on 21st of July.”

It goes on to add that the Home Office is ‘planning more than one charter flight to Jamaica this year and are disproportionately targeting people from the Caribbean, in particular  Jamaica, for deportations’, adding: “Most of these will be the descendants of the Windrush Generation who are still experiencing  the devastating  impacts of what became known as the Windrush  Scandal with the vast majority of those impacting yet to receive any compensation.

“These mass deportations are racist and an abuse of human rights.”

Labour MP for Streatham, Bell Ribeiro-Addy MP, told LFF that the mass deportation flights were a form of ‘double punishment’.

She said: “Deportation is a discriminatory and disproportionate double punishment for people who have committed minor offences and grown up in the UK.

“Given the recent data revealing the disproportionate forced removal of people to Jamaica, the Government must urgently cancel this flight and suspend all mass deportation flights until they can prove these do not breach equalities law.”

Labour MP Diane Abbott said: “Most of those scheduled for deportation have lived in the UK for over 20 years with many arriving in the UK as children. One person has not been to Jamaica since they were three months old and numerous detainees report being victims of torture.”

The Home Office has been contacted for comment. It has previously said that it ‘makes no apology for seeking to remove those with no right to remain in the UK and dangerous foreign criminals’.