Insiders say that Neil has been ‘frozen out of decision making'. 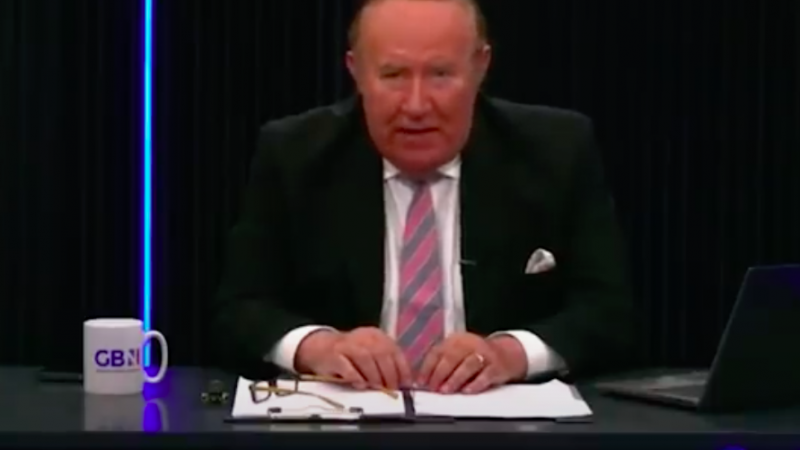 Andrew Neil may never return to GB News amid reports that the channel’s top presenter has been ‘frozen out of decision making’ and has clashed with the chief executive over the future direction of the channel.

Much to the surprise of many, the chairman of the Spectator and former BBC presenter, took a break from the channel that has been hit with technical difficulties, advertising boycotts and a fall in viewers, just two weeks after its launch.

Neil said that he was taking a break to ‘replenish’ his batteries, however speculation has continued to mount ever since over his future at the channel.

Now a report published in the Telegraph has quoted insiders who say that he is considering his future at the channel after ‘relations between the chairman [Neil] and the chief executive have completely broken down’.

“It’s clear to us in Paddington that the chief executive is now in total charge of everything at GB News,” they claimed.

The Telegraph’s source also told them: “We now operate on the basis that Andrew has been sidelined and regard the chief executive as very much the boss. We haven’t seen Andrew’s fingerprints on any decisions for sometime now.

A spokesperson for Neil says that the presenter does intend to return.

A GB News spokesman told The i: “As previously announced, we look forward to Andrew Neil’s return from holiday in September to host his 8pm show.

“We are enormously proud of our progress in only eight weeks. As a start-up, we continue to move at lightning speed, learning, refining and growing constantly.”

The channel has been hit with turmoil throughout, with viewer numbers crashing to zero at one point, after Guto Harri decided to take the knee live on air, in a show of solidarity with the England football team. GB News had described his actions as an ‘unacceptable breach of our standards’.