Millionaire's claims of "access capitalism" is the latest scandal about Tory donors. 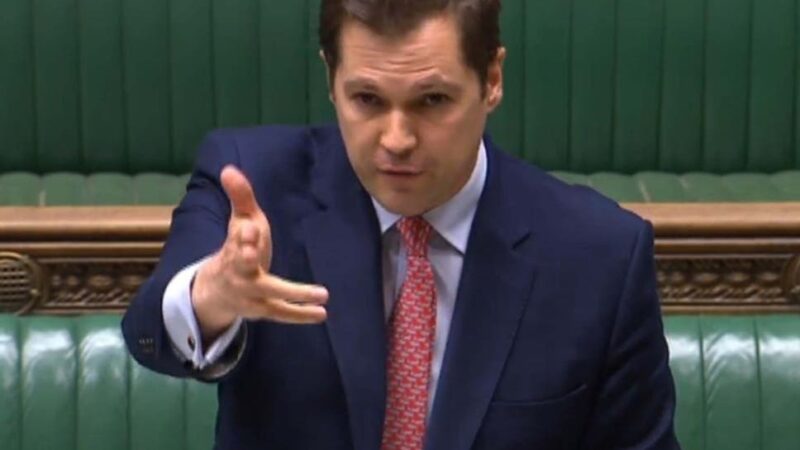 The Conservative Party co-chairman has found himself in hot water after being accused of making money by providing access to senior figures.

Telecoms millionaire Mohamed Amersi has claimed that through a combination of membership fees and donations to the party, he has met Prince Charles and been invited to dine with ministers.

Amersi said he paid £15,000 a year to be a member of Tory chairman Ben Elliot’s luxury concierge company, Quintessentially, which arranged for him to travel to Dumfries House in 2013 to meet with Prince Charles.

He claimed that he and his partner Nadia were also approached by Elliot for donations to the Tory party. Since 2017, the businessman has donated £500,000.

The millionaire called the scheme “access capitalism”, saying: “You get access, you get invitations, you get privileged relationships if you are part of the set-up, and where you are financially making a contribution to be a part of that set up.”

A spokesperson for Mr Elliot told The Sunday Times: “Mr Elliot does not raise money from Quintessentially members in his role as Conservative Party chairman. Mr Elliot has helped raise more than £13m for charities through the Quintessentially Foundation, which has supported more than 50 charities. He is proud of this work. He has also worked to support many other charities and good causes across the UK.”

The introduction of Mr Amersi to the Prince of Wales “was entirely about helping to raise money for charity”, the spokesperson said.

This is not the first time questions have been raised about influence Tory donors have on government decisions. Here are five other times the government has found itself in the line of fire over donations:

Almost £2 million of donations to the Tory party since Boris Johnson came to power have been linked to Russia – including £280,000 in the year after the publication of the Russia Report.

The heavily-redacted report said that there had been widespread allegations that Russia tried to influence voters in the Brexit referendum.

It also said the government and intelligence agencies had failed to fully look into them.

None of the 21 recommendations in the report have been implemented.

Lord Cruddas made the news in June when it emerged that he had donated £500,000 to the Conservative Party just days after becoming a Lord.

The billionaire was officially made a Lord on 2nd February despite a watchdog advising against his appointment.

Just days later, on 5th February, Cruddas made his half a million pound donation – the largest amount he has ever donated.

He denied that there was any link between the donation and the peerage.

During the pandemic, the government was hit with a string of criticism over claims that they were handing out PPE contracts to companies with contacts in Westminster.

An admin error in April revealed that a Tory donor was listed at the supplier’s contact in a £100m PPE deal in July 2020.

The contract was published seven months later, with names blacked out. But a second document named Samir Jassal – an ex-councillor who has campaigned with the PM and a Tory donor – as the contact for the supplier.

The government has said ministers have no part in deciding who gets contracts.

The housing minister said it was the right thing to do, adding that the developer had said the scheme might not be possible if he had had to pay the tax – and it would fund public services in the deprived area of London.

A message from Desmond to Jenrick prior to the approval read “we appreciate the speed as we don’t want to give Marxists loads of doe [sic] for nothing!” – referring to the local council.

The Conservative party received more than £400,000 in donations from individuals and companies linked to the oil and gas industries in the last year.

The donations came as the government deliberated on new licences for fossil fuel production sites in the North Sea.

They included £200,000 from oil and gas technology and services specialist Balmoral Group Holdings and £155,000 from Alasdair Locke, the non-executive chairman of Well-Safe Solutions, which decommissions oil and gas sites.

On 24 March the government announced the new round of licensing for oil and gas wells would go ahead.

The Guardian, who published the investigation, understood that the companies making donations, or whose senior personnel were listed as donors, made no direct representations to the government over the award of oil and gas licences, and that ministers have held no meetings with the companies in the past year.

While LFF does not allege any rules were broken in the above incidents, Britain’s party funding leaves a lot of room for distrust and perceived conflicts of interest.