Priti Patel's department didn't even know the location of all its short-term holding facilities for refugees. 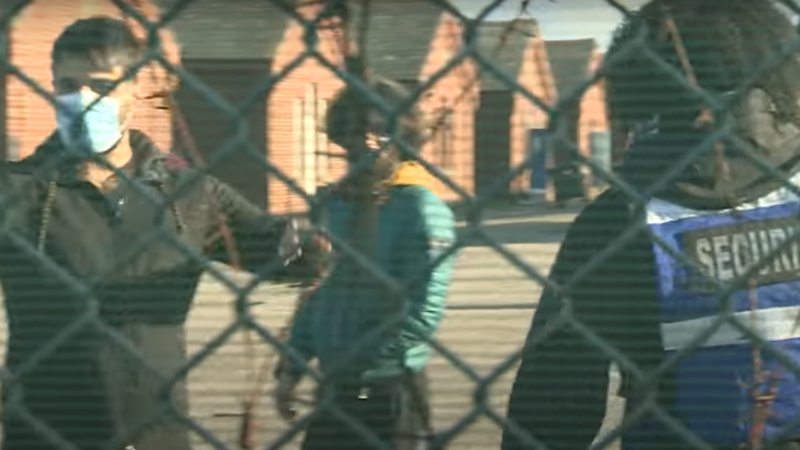 Editor: The following is taken from HM Chief Inspector of Prisons for England and Wales in his report out on Tuesday. We have reposted these quotes at length from his introduction as they need to be seen.

[Update: This piece initially referred to Nick Hardwick CBE as the Inspector of Prisons. Charlie Taylor is the current office holder]

The year of Covid-19 in England and Wales’ prisons

Keeping the worst excesses of the virus at bay has been achieved at significant cost to the welfare and progression of prisoners, most of whom have spent the pandemic locked in their cells for 22.5 hours a day.

For many this has meant living their lives in a small cell that has limited ventilation, a toilet that may or may not have a curtain in front of it, a television and a cell mate. In the short time that they are let out each day, prisoners need to scramble to have a shower, make a phone call and get some fresh air.

We found that most mental health services had ceased routine assessments or interventions and were focusing only on urgent and acute care. Prisoners often faced considerable waits to see mental health practitioners; in our survey, over half of prisoners told us they had mental health problems (52%) but less than a quarter said it was easy to see mental health workers (22%). There was also widespread curtailment of other health care services that left a long backlog of cases. At one prison we found prisoners waiting more than a year to see the GP.

Classroom-based education stopped in March last year and did not restart in the summer, in most prisons when restrictions were being lifted. Generic cell packs were developed by education providers, but some of these did not arrive until months after the lockdown began, which raised the question: what had the staff been doing during that time?

Many prisoners have been released without some of the core building blocks that will help them to lead successful, crime-free lives. This may increase the risk that more will continue to offend.

While self-harm in the male estate has generally fallen during the pandemic, it increased among women in prison, particularly in the early months of the pandemic.

When restrictions were introduced last March, children in custody were subjected to the same regime as adults, with a big reduction in time out of cell and, with the notable exception of Parc Young Offenders Institute, no face-to-face education.

It was therefore very disappointing that children in custody, without doubt one of the most vulnerable groups, did not get back into even limited face-to-face education until June or July 2020.

For the first time this year, we inspected Border Force short-term holding facilities (STHFs) on a national basis. The key finding from this inspection was that there was inadequate leadership and management of STHF detention. The Home Office had not notified us of the location of all STHFs, as it should on an ongoing basis, and the list of locations it provided ahead of the inspection was amended several times before and during our visits. Border Force was not able to provide us with comprehensive data on the number of detainees or the length of time they had spent in detention.

We also inspected provision for those who had recently arrived in Dover on small boats. There had been a general failure to plan for what we considered to have been a predictable increase in arrivals. The facilities at Tug Haven looked more like a building site than a place to look after vulnerable migrants. Some of the safeguarding procedures, particularly for children, were unacceptably poor, with one child being held for 66 hours before being moved to more suitable accommodation.

We were invited to assist the Independent Chief Inspector of Borders and Immigration (ICIBI) in his inspection of contingency asylum accommodation at Penally Camp in Pembrokeshire and Napier Barracks in Folkstone. I joined the team at Napier and was shocked as much by the shambolic governance and haphazard commissioning of the site by the Home Office as I was by the totally unsuitable accommodation.

The provision was opened in September 2020 without proper planning, or the endorsement of Public Health England or the Crown Premises Fire Safety Inspectorate (CPFSI). Flimsy partitions had been built between the beds where up to 28 men were sleeping in former barrack houses, but these were no protection against either noise or the virus and it was no surprise that there had been an outbreak of COVID-19 at Napier. The ICIBI published a summary of the findings in March this year and the full inspection report was sent to the Home Secretary in May.

Before the pandemic, my predecessors consistently raised concerns about the amount of time prisoners spent in their cells. There is, therefore, a risk that new regime becomes an official endorsement of these historically poor outcomes. The reality is that prisoners are not being rehabilitated when they are banged up.