The Queen's estates, Westminster, and even nuclear sites are among targets in the next phase of the Scottish independence campaign, Derek McArthur writes. 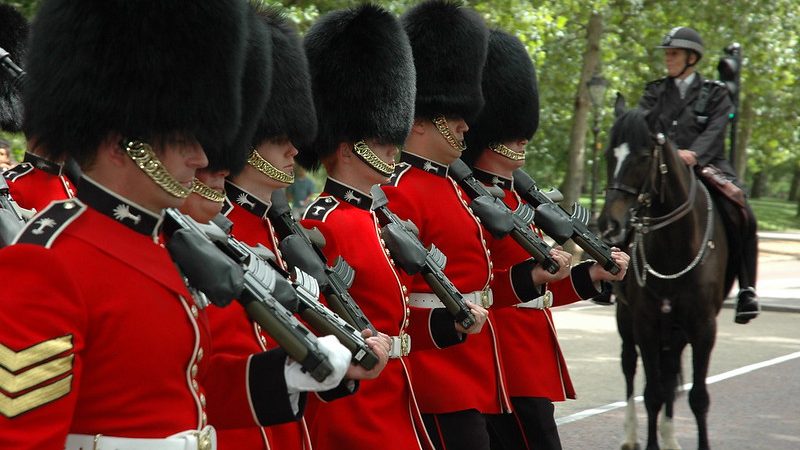 Pre-pandemic, Saltire-carrying crowds of Scots would regularly march through the nation’s streets, showcasing support for independence. Images of the events filled the pages of Scottish newspapers.

Despite the tens of thousands of attendees, what impact did these rallies have on wider attitudes towards Scotland’s place in the Union? Does Westminster listen?

These questions have led independence supporters to consider taking direct action in the heart of the union itself: London.

The Radical Independence Campaign Conference 2021 took place on Saturday with a message of solidarity towards the wider UK and international left.

By using the symbolic space of Westminster, the organisation is planning constructive action to bolster public support, and start to break the stalemate felt by leftist movements across the four nations.

The Radical Independence Campaign dissolved earlier this year, but it has reappeared with a more inclusive purpose: taking the demands of self-determination to other movements such as climate change activism, nuclear disarmament efforts and decolonialisation projects.

The organisation was founded in 2012 to advance a left-wing vision of an independent Scotland, forming a coalition of various independence-supporting parties and campaign groups like the Scottish Campaign for Nuclear Disarmament.

While independence is framed by the Scottish National Party as an effort in egalitarianism, this path isn’t yet secure. Issues like the SNP’s reluctance to raise business rates means the prospect of independence as simply a  means to becoming a ‘business haven’ is still very much on the table.

Much like they did in 2014, the Radical Independence Campaign seeks to re-orient the argument, making a strong pro-worker case for independence. Recently, the discussion has been on how to expand this coalition to include left-wing groups in other parts of the UK.

Solidarity not only benefits Scots who seek self-determination, but could also assist the extensive UK left in shattering the right-wing hegemony that operates regardless of Labour’s position of power. How, though?

Direct action is one of the devices that can help facilitate this. More specifically, occupying physical spaces that represent the British state. This not only includes spaces outside of Scotland such as the Palace of Westminster but also in locations like the Faslane naval base, which stores Britain’s nuclear weapons along the Clyde in Glasgow, and the Queen’s large Balmoral estate in Aberdeenshire.

There’s a long history of Scottish activism against the UK government. The reaction against Thatcher’s poll tax in Scotland – a ‘community charge’ determined by local councils – was the catalyst for further reaction in England and Wales. Scotland felt that it was being experimented on by Thatcher’s flagship policy, and staged a community effort that resulted in warrants unable to be carried out.

As the policy opened up south of the border, activists and leaders were sent from Scotland to help other communities organise against it.

It’s this type of solidarity that the Radical Independence Campaign wishes to reignite. The burgeoning Welsh independence movement and the recent interest in Northern English secession has provided a common cause to build upon if there’s any chance in decentralising the power of Westminster.

But further alliances must be made if the focus is on a fair and just society and not one of blind nationalism. This includes bringing in activists across the spectrum, making the case that self-determination for Scotland can aid the goals of other movements.

Progressive activists of all kinds, and advocates for independence, share a common cause: challenging Westminster elites into forcing tangible change for everyday people. The headache for them increases when planning and networking is spread across different factions.

The current UK government strategy towards Scottish independence is to delay the issue in the hopes that movement in-fighting will deplete momentum. The politicians have fallen for this, given the recent media spectacle between First Minister Nicola Sturgeon and her predecessor Alex Salmond.

But those on the ground will be more resilient to such tactics. Occupying London and the state’s symbolic spaces will not only spread awareness of possibilities and inconvenience the British establishment, but will also help to demystify the processes of the state and reveal their critical weak points. The fight continues. The front lines are changing.