'Hassockfield Immigration Removal Centre is significant not just because of the trauma it will cause for the women imprisoned there, but because of what it represents.' 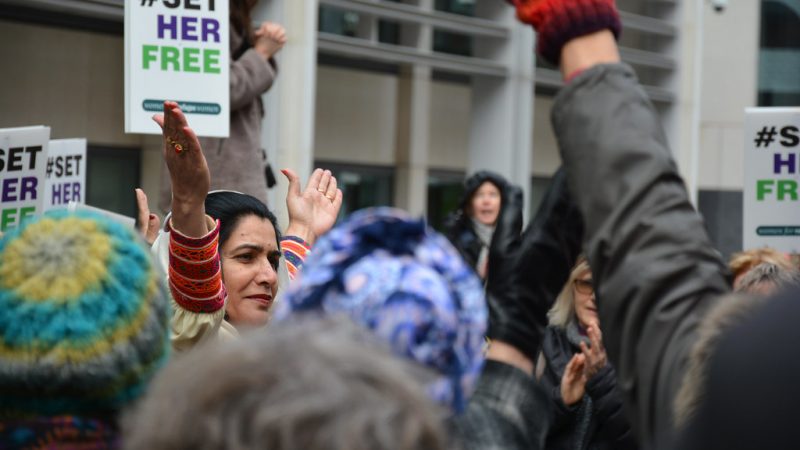 Mary Kelly Foy is the Labour MP for City of Durham,

For those who have never heard of Hassockfield, it is located in rural County Durham near Consett. It was the site of Medomsley Detention Centre, a young offender institution at which over 1800 young men were physically and sexually abused during the 1970s and 1980s. This Autumn, the Home Office will open a new detention centre at Hassockfield for 80 asylum-seeking women.

Hassockfield Immigration Removal Centre is significant not just because of the trauma it will cause for the women imprisoned there, but because of what it represents. It will be the UK’s first new detention centre since 2014 and breaks the Government’s promise to reduce the number of women in detention.

It is a renewed commitment to the hostile environment, while expanding immigration detention to an area that is simply not equipped to deal with it.

While the Government uses the term ‘removal centre’, this name is misleading as the vast majority of women detained by the Home Office are not deported. In 2018, just 14% of asylum-seeking women released from detention were deported, with the rest released into the community to continue their asylum cases.

This poses problems for the local community in County Durham as social housing is in short supply and it is unclear if the Home Office has considered where these women will find accommodation upon their release.

With removals the exception rather than the norm, the reality is that Hassockfield will primarily serve to arbitrarily imprison asylum-seeking women at great emotional cost to them and at significant financial cost to the taxpayer, with the Home Office refusing to say how much the centre will cost.

The Government’s renewed commitment to imprisoning asylum-seekers comes just as a pilot scheme in Newcastle exploring an alternative to detention is due for evaluation. Action Access saw the charity, Action Foundation, work with women released from Yarl’s Wood, to provide them with accommodation and casework support with their asylum cases.

The scheme aimed to help women to understand and engage with their immigration case and to resolve their cases without the trauma and expense of detention. If a woman did not qualify for a protection claim, other ways to regularise her status were explored. An initial evaluation was positive, finding that it was more-cost effective, humane, and efficient than detention. Despite this, the Government has abandoned this project before the final evaluation.

That the Government has seemingly rejected a promising policy to pursue a slavish commitment to imprisoning vulnerable women, the majority of which are victims of gendered violence and human rights abuses, is a disturbing insight into their immigration policy.

However, while the Government’s persecution of asylum-seekers is significant, if we are to fully understand the significance of Hassockfield, we must also view it within the context of the ‘levelling up’ agenda. Not only does it bring the hostile environment to County Durham, it brings 150 jobs to an area where the Tories have made electoral gains and have a new Conservative MP with a small majority.

It is a further example of the Government’s approach to ‘levelling up’. Rather than investing in infrastructure or poverty reduction, the Government provides limited investment in a favoured constituency and presents it as beneficial to the entire region. By combining a populist policy with job creation, it is electioneering at its finest. Yet by focussing on optics and political capital, there is an absence of a wider plan to improve the region and no actual attempt to create sustainable improvements to living standards or life chances.

In Durham we have schools that are rundown, high streets that need revitalising, and a local authority facing £286 million of budget cuts by 2025, yet these issues go ignored by Government.

Hassockfield combines the cruelty of the hostile environment and the smokescreen of ‘levelling up’. If we are to successfully campaign against this detention centre, then not only do we need to reject the Government’s anti-immigrant rhetoric and the cruelty of detention, we must also expose the emptiness of the entire ‘levelling up’ agenda.

Instead, we must argue for a version of levelling up that transforms every aspect of our communities and improves the lives of those who have been forgotten by politicians for too long.