And Jon Trickett reveals Labour had cross-party backing for a citizens' assembly - but Brexit scuppered it. 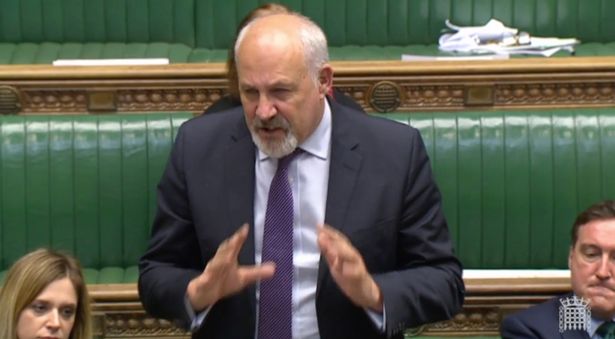 In 2016 Labour had cross-party support and seven-figure funding for a citizens’ constitutional convention, MP Jon Trickett has said.

But the constitutional ramifications of the Brexit vote led to the funding being lost, and the project collapsed.

Speaking at ‘Brexit: Five Years Later’, an event hosted by the centre-left pressure group Compass to reflect on the fifth anniversary of the vote to leave the European Union, Trickett – Corbyn’s former Shadow Minister for the Cabinet Office – said:

“On behalf of Jeremy [Corbyn] I approached every single party leader in the House of Commons and asked them to sign up to a shared approach on a constitutional convention. I’ve still got the letter that was signed. I approached them all. There was a widespread understanding that we had to change things … It was important that it wasn’t run by any politician, but that it was set up by all the political parties.

“It was agreed, and we even had a funder. But the meeting to give us the money … to give to a group of universities that were going to run this, was scheduled to take place on, I think, the 24th June – when as you know the referendum result came out. And then the funder said, “well look, the constitution is completely shattered because of the Brexit vote, we’ve decided not to make the money available”, and the whole thing fell apart.”

Trickett also spoke about how the plans he contributed to Labour’s programme for a bottom-up constitutional convention, led by citizens’ assemblies, were watered down:

“I wrote the piece for the 2017 manifesto. It doesn’t use the word “democratic revolution”, but it does talk about a massive constitutional convention led by citizens’ assemblies to try to describe how people want the country to be governed. That would inevitably have taken into account where we were in relation to the European Union. It would have broadened the issue and led in my view to a completely restructured British state, devolution, federalism.

“If you look at the 2017 manifesto, you’ll see my words written there calling for, really, a political revolution. However, when it came to the constitutional convention, somebody – I’m not going to say who but I know their identity – changed the manifesto. In the first manifesto it talked about transforming our political structures at every level. By the time we got to the 2019 manifesto it then became “we would consider how Parliament operates”. That is not what I thought and it’s not what I wrote, but it’s what got into the manifesto.”

Trickett added that he thought a citizen-led constitutional convention was the only way to confront the deep-seated feeling of lost agency revealed by the Brexit vote.

“Nobody has faith in the way the political structures work at the moment out there, except a bunch of MPs probably. And therefore we’ve got to work out how to change our politics. Now, the way we change our politics is as important as what we change. The only way it seems to me to regain consent is to hand over the key decisions to a wide-ranging, citizen-led constitutional assembly.

“Now why do I say that? Because in Scotland it wasn’t citizen-led, if you remember, it was led by the so-called “great and good”. I don’t think that’s going to work for England, it’s got to be wider than that.”

Together with cross-party organisations Unlock Democracy, Makes Votes Matter and Fair Vote UK, and a host of other campaigners and academics, Compass is calling on all party leaders to commit to a bottom-up Citizens’ Convention free from party political interest.

A constitutional commission announced by Starmer last year is being advised by former PM Gordon Brown, and involving regional mayors. It does not appear that it will adopt a ‘citizens’ assembly’ model.

Labour describes it as the “boldest project Labour has embarked on for a generation,” with Starmer saying: [“It is] every bit as bold and radical as the programme of devolution that Labour delivered in the 1990s and 2000s.

“It will consider all parts of the UK and it will focus on delivering real – and lasting – economic and political devolution across our towns, our communities and to people across the country.”