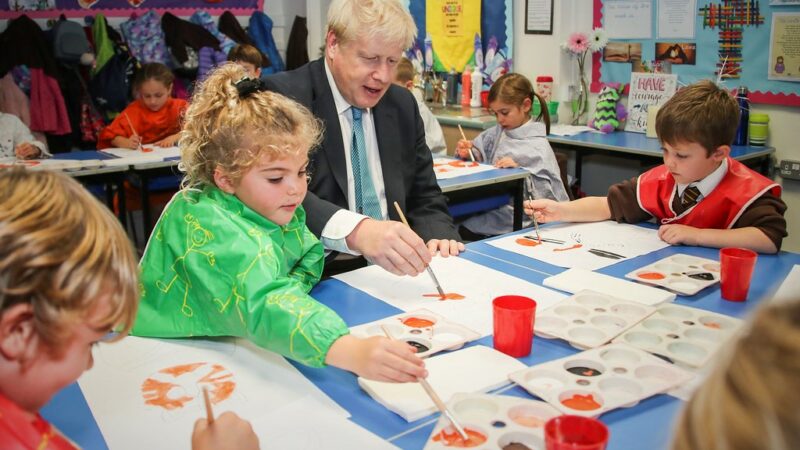 Kim Johnson is MP for Liverpool Riverside and a member of the Education Select committee.

If there was ever a clear indication about the lack of commitment of the Tories to levelling up left behind areas and communities, this report is it.

In the name of championing the white working class, the Tory-led Education Select Committee report released today picks up the mantle of the government’s highly discredited Commission on Race and Ethnic Disparities.

The report calls for public bodies – including schools and charities – to ‘seriously consider their responsibilities’ when promoting the term ‘White Privilege’.

This was watered down from the preferred recommendation from some committee members, which called for financial penalties for public bodies doing this work. It was taken off the table after legal advice that it would contravene human rights legislation by having a chilling effect on freedom of speech.

It’s a shameful attempt to limit the freedoms of ethnic minorities to articulate their experiences of racism, and to stoke the culture war by scapegoating them for the poverty endemic in ‘left behind’ communities.

The report also pushes a free schools agenda, despite plenty of evidence to suggest that academies do not reduce the attainment gap for disadvantaged children in comparison to local authority-run schools.

Since 2010 there have been 92 Education Committee reports and only two of these reports have explicitly focused on a named ethnic group – both on white pupils.

Instead of focusing on the multitude of evidence that shows that cuts, lack of investment and stark poverty has on the opportunities of so many communities, the Tories once again take the cowards way out by pointing the finger at the red herring of ethnic minority communities.

The use of data and language is highly selective in the report, allowing it to make misleading assertions that the white working class as a whole is achieving less than disadvantaged ethnic minority students.

Free School Meal data only refers to 13% of children in schools. If we look at the remaining 87% of pupils – Pakistani, Bengali and Black African pupils all underperform and Black Caribbean and pupils from GRT communities fare the worst.

If the government is serious about its levelling up agenda, and in eradicating inequalities in education and life opportunities for the next generation – it must put its money where its mouth is. Anything less is a scandalous failure in its duty to support disadvantaged communities – including white communities.

This report is a missed opportunity to bolster opportunities for so-called left behind communities – such as the ones I represent – who are suffering from educational inequalities due to rocketing child poverty and a lack of investment in jobs and opportunities.

If this report was truly interested in improving the lives of disadvantaged white children, it would have called out the impact of a decade of Tory austerity on widening inequalities and soaring child poverty. It would have condemned the scandalous failure of this government to put adequate funds into education catch up after Covid. It would have called for significant extra funding to close the attainment gap. The Institute for Fiscal Studies found that school spending per pupil has reduced by 9% in real terms between 2009/10 and 2019/20, while the School Cuts Campaign estimates that there will be a £1.3 billion funding shortfall by 2022/23 compared with 2015/16.

Instead, it pursues a dangerous and dogmatic agenda, pushed by a small group of hard-right ideologues. It has taken its cues from the highly discredited CRED report and focused on promoting a culture war over the concept of white Privilege instead of pursuing measures that will materially benefit disadvantaged communities, including white communities. The report is referred to 31 times and its author Tony Sewell referenced himself no less than 7 times throughout the report.

To cover its back for its woeful funding commitment to support the next generation through the Covid crisis, it points the finger at ethnic minorities. They think working class people aren’t wise to their tricks. Our communities won’t fall for it.

In Liverpool, where I represent the Riverside constituency, the city has lost £450 million over the last decade due to austerity cuts by this government – limiting our ability to support the most vulnerable in our communities.

I submitted an alternative report, which calls for the government to seriously commit to levelling up left behind regions and agree significant funding to close educational inequalities. The most effective way of doing this is by tackling the crisis in soaring child poverty – anything less is a scandalous dereliction of duty towards our most vulnerable children.

Ultimately, this is a dangerous report that utterly undermines any attempts to materially improve the educational attainment and life chances of the white working class and other disadvantaged communities.

The full report from the Education Committee is available here.