'If we truly want to increase the safety for women on the streets, we must redirect our attention away from what women could do, to why men are making these streets unsafe for women.' 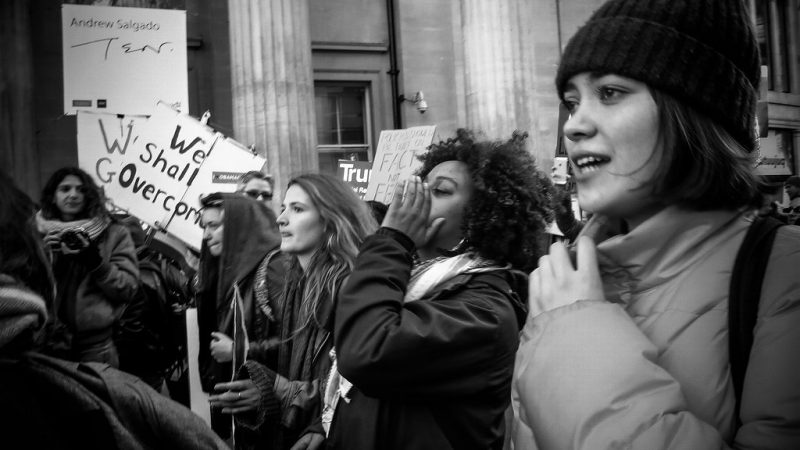 Allan Dorans is the Scottish National Party MP for Ayr, Carrick and Cumnock

In August 1888 Jack the Ripper murdered his first victim, Mary Ann Nichols. In 1977, the first Reclaim the Night protest in Leeds, saw women marching after being told to stay at home because of the Yorkshire Ripper murders. Little has changed in who we focus our attention on when men commit such heinous crimes.

After the tragic death of Sarah Everard this year, women were told ‘not to go out alone’ for their safety. The focus remains on what women should do to protect themselves, rather than focusing on men’s criminal actions.

Despite the turbulence and widespread media attention on the Sarah Everard case, in which women demanded the right to feel safe on the streets, little has been done other than to call for evidence for the proposed Violence Against Women and Girls Strategy. It is still extraordinary that after all this time, progress to improve the safety of our streets for all women, has been so limited, largely in the form of better street lighting, or more undercover police in nightclubs.

This type of ‘sticking plaster’ approach, has clearly not worked and radical improvements are needed to improve the safety for women on our streets.

Street harassment, verbal or physical, against all women is at an epidemic level. In 2018, Plan International UK found that 66% of women had experienced unwanted sexual attention or harassment in a public place.

These figures increase for trans women and minority genders who are two times more likely to be victims of a violent crime than cis people according to the Office for National Statistics.

If we truly want to increase the safety for women on the streets, we must redirect our attention away from what women could do, to why men are making these streets unsafe for women.

The focus for too long has shifted the attention away from men. We must ask why men are harassing, abusing and being violent.

Research for the Government Equalities Office in 2019 undertaken by Durham University found that men who adhere to traditional views of masculinity are more likely to be perpetrators of this type of harassment and abuse:

“Norms of masculinity are a central factor in the continued pervasiveness of violence against women and girls, with expectations of superiority, power and entitlement over women seemingly continuing to be influential in perceptions of what it means to be a man”

There is disappointingly little evidence of attempts to do this beyond a number of programs in the US. One of the more successful of these is the Boys to Menyouth programme in the US which aims to: ‘empower all people to notice and intervene in potentially harmful situations long before they become violent.’

The importance of early educational interventions to prevent untreated minor harassment progressing to more serious harassment or physical violence, is clear. A US study in 2012, found evidence of: ‘a developmental pathway via the adolescents’ development of antisocial behaviour to Male Female Personal Violence perpetration.’

Radical improvements are needed. We must tackle the root causes of this harassment and violence on the street – we mustdevelop legislation that makes misogyny a criminal offence for preventative action and increase our awareness and improve education of aggressive masculinities which are heavily linked to misogyny and this violence we see against women on our streets.