"The last 12 months of the Starmer leadership have been wasted with unnecessary party divisions, alienation of its voter base and neglect of policies and election strategy". 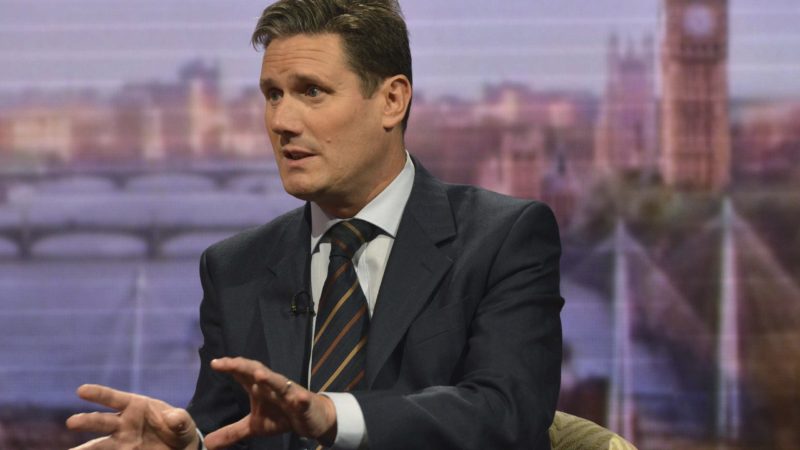 What lies behind the Labour Party’s misfortunes? That question is pertinent as Labour recently lost the Hartlepool by-election, which not so long ago was considered to be a safe seat by the party. It also performed badly in the recent local council elections in England.

Labour has now lost general elections in 2010, 2015, 2017 and 2019. Its national share of the vote has declined in all elections since 1997, with the exception of 2017 when under the leadership of Jeremy Corbyn it embraced a radical agenda to transform society.

Corbyn was elected leader in 2015 and almost straight away his position was undermined by the right-wing of the party which organised internal coups and promoted damaging smears and gossip. The 2017 improvement did not silence the internal plotters and paved the way for the 2019 election defeat.

After the December 2019 defeat, Corbyn was replaced by Sir Keir Starmer; architect of Labour’s confusing position on Brexit and a member of Corbyn’s shadow cabinet. The Hartlepool by-election and local council defeats came almost a year after Starmer became leader and delivered a performance worser than in 2019. Starmer, however, had not been hampered by internal coups as Corbyn did.

Elections are won by parties who consolidate their voting base and enrol new voters. However, Starmer did something quite different.  He sought to reposition the party by jettisoning or seriously weakening its left-wing. One of his early acts was to suspend Jeremy Corbyn and withdraw the party whip from him. Rebecca Long-Bailey, the defeated left-leaning candidate for the party’s leadership, was sacked from shadow cabinet. The party’s membership declined from around 550,000 to 495,961 towards the end of 2020 and is possibly even lower now.

Keir Starmer’s grab for the right-wing voters did not work, there was little chance of enrolling committed Conservative voters in large numbers. Labour lost Hartlepool, which had remained a Labour stronghold in the 2010, 2015, 2017 and 2019 general elections.

Starmer has been leader of the Labour party for a year, but it has little distinct identity. The Conservatives have long recognised the value of identity politics to enrol and reposition people’s subjectivity. They used slogans such as ‘Get Brexit Done’, “Levelling-up” and “Build Back Better” to conjure up images and the main stream media amplified the Conservative’s message.

As with all slogans, the language is ambiguous but they interpellate and reposition individuals. Labour has done nothing to replace Corbyn’s slogan “for the many, not the few” and rebuild people’s common sense.

During his campaign to become leader of the party, Starmer gave 10 pledges. These were based upon the party’s 2017 and 2019 election manifestos. However, he then proceeded to alienate the left which made many doubt his credentials. Of course, in politics nothing stands still and the 10 pledges should have been used to update the previous policies or craft new ones, but Labour offered little.

Starmer’s rushed response to the Hartlepool and local council election defeats was to reshuffle the shadow cabinet and tilt it more to the right. This does not address the failings outlined above. There is no rehabilitation of the left and it is hard to see how Labour is going to snatch large chunks of the Conservative vote base even if it continues to move to the right. Meanwhile, disaffected Labour voters continue to drift away.

Former shadow Chancellor Anneliese Dodds has been appointed to conduct a policy review. Rather than honouring the 10 previous pledges, Starmer is now seeking to distance himself from the 2017 and 2019 manifestos. To some extent, this may be appropriate as the country recovers from Brexit and the Covid crisis. However, policies rarely begin anew. They are based upon a party’s sense of social purpose and Starmer has not offered an effective grand narrative.

The next verdict on Starmer’s leadership will be provided by the forthcoming Batley and Spen by-election. A poor performance would lead to calls for resignation and some may even seek to push Labour even more to the right.

Even if Starmer survives he is being outflanked by the Conservatives. The government will repeal the Fixed-term Parliaments Act, which will enable the Conservatives to call a general election well before the scheduled date of May 2024. This is likely to be before the glow of Covid vaccine wears-off and before the consequences of Brexit and government’s disastrous economic policy catch-up with it.

The last 12 months of the Starmer leadership have been wasted with unnecessary party divisions, alienation of its voter base and neglect of policies and election strategy. The question is whether he can unite the party and make Labour a progressive force for good.