As a former colonial power, the UK has a duty to act to protect the people of Sri Lanka. 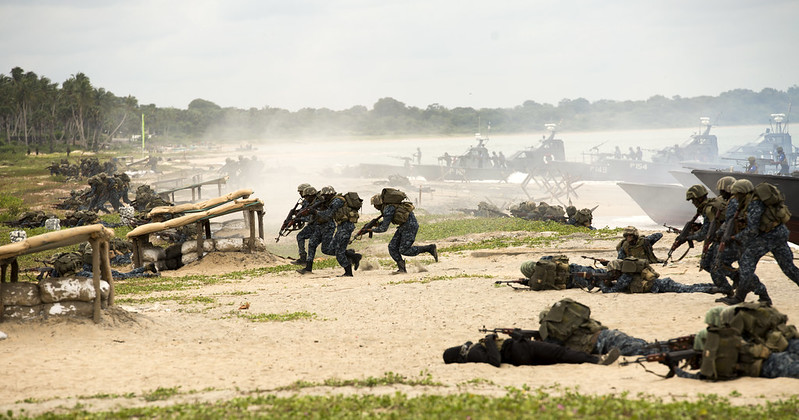 Nearly twelve years since the end of the brutal civil war in Sri Lanka, almost no one has been held accountable for international crimes and alleged perpetrators continue to occupy key positions in the current government.

This impunity for past abuses is enabling ongoing violations.

The Sri Lankan government recently passed the 20th amendment to the constitution, which is a major challenge to democratic governance. The amendment, which has been opposed by civil society and religious leaders, removes almost all checks on the power of the executive president.

In January, the United Nations High Commissioner for Human Rights released a damning report on Sri Lanka that draws attention to “clear early warning signs of a deteriorating human rights situation and a significantly heightened risk of future violations” and calls on the international community to take strong preventive action.

Among the early warning signals include the accelerating militarization of civilian governmental functions, the reversal of important constitutional safeguards, political obstruction of accountability, exclusionary rhetoric, intimidation of civil society, and the use of anti-terrorism laws.

Indeed, Freedom from Torture has documented more than 300 cases of torture by the state since the end of the war in 2009, and the organisation continues to receive referrals for Sri Lankans who have been tortured. The report also documents a pattern of intensified surveillance and harassment of civil society organisations, human rights defenders and victims, and a shrinking space for independent media.

Tamil and Muslim minorities within Sri Lanka are being increasingly marginalized and excluded in statements about the national vision and Government policy. Divisive and discriminatory rhetoric from the highest State officials’ risks generating further polarization and violence. Sri Lanka’s Muslim community is increasingly scapegoated, both in the context of COVID-19 and in the wake of the Easter Sunday attacks of April 2019.

The issue which Sri Lankan residents of Leicester East have raised with me most are reports of the forced cremation of victims of COVID-19 – including those of Muslim and Christian faith for whom burial rituals and traditions are sacred. Enforced cremations contravene human rights and must never take place against the wishes of an individual or their loved ones.

The UK government must raise this with their Sri Lankan counterpart, especially given the fact that the World Health Organisation has issued guidance stating that the burial of those who died of Covid-19 poses no danger to public health.

The UK government’s draft resolution on Sri Lankan Human Rights for the UN Human Rights Council is far too weak and does not reflect the strong recommendations put forward by the UN High Commissioner for Human Rights. The UK must work with its international partners to strengthen the resolution and apply diplomatic pressure on the Sri Lankan government to abide by its human rights responsibilities.

To date, £6.3 million of UK taxpayer’s money has been spent on supporting security reform in Sri Lanka, yet this has only enabled the Sri Lankan security forces to advance more antagonistic activities, including the accelerated destruction of places of worship and cultural heritage.

Rather than financing this encroaching authoritarianism, the UK government must instead consider applying strategic conditionalities to aid and trade where they will incentivise the government to respect human rights and the rule of law and not cause harm to the general population.

The UK must also halt defence engagement with the Sri Lankan military and withdraw the resident Defence Advisor from Colombo as part of the process of holding the Sri Lankan military accountable for past and ongoing violations. The UK government must also consider which senior figures in Sri Lanka might warrant inclusion under the UK’s Global Sanctions Regime, which is designed to target individual human rights abusers with asset freezes and visa bans.

As has been the case with the struggle of the Indian farmers, the silence of the UK government over human rights violations in Sri Lanka has been unacceptable. Yet this is not surprising, as a recently leaked recording of Foreign Secretary Dominic Raab MP revealed him boasting that the UK intended to trade with countries with poor human rights records.

The UK government is anxious to improve relations with authoritarian regimes so that it can secure post-Brexit trade deals. However, I believe that international relationships must be deeper than just trade and must be based on the promotion of democracy, human rights and upholding international law.

It is alarming that this is the ‘Global Britain’ that was promised by the Prime Minister and his allies. A Britain which has alienated itself on the world stage by cosying up to authoritarian regimes, and which remains complicit in the suffering of millions across the globe.

The UK government must end this cowardice, and finally prioritise the needs, wellbeing and public safety of the Sri Lankan people above the interests of private profit.