"The investigation is the first genuine hope that alleged perpetrators of the most serious crimes will be held to account for their actions." 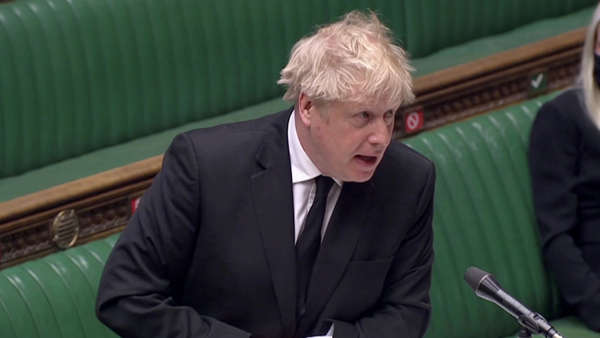 Humanitarian groups and rights charities have reacted with anger, after the Prime Minister condemned an investigation into alleged crimes committed in the occupied Palestinian territory.

On Wednesday, Boris Johnson described an International Criminal Court Palestine investigation as ‘attack on Israel’, noting: “This investigation gives the impression of being a partial and prejudicial attack on a friend and ally of the UK’s.”

In a letter to Conservative Friends of Israel, Johnson said: “We not accept that the ICC has jurisdiction in this instance, given that Israel is not a party to the Statute of Rome and Palestine is not a sovereign state.”

But charities and human rights groups – including Christian Aid and Medical Aid for Palestinians – described the intervention as ‘political interference’ in an independent investigation.

In 2019, the ICC announced an investigation into war crimes allegedly committed in Palestine by the Israeli military personnel, or members of Palestinian armed groups.

Under the spotlight is the establishment of illegal West Bank settlements, as well as alleged violations of the law of war by Israeli Defence Forces during the 2014 Gaza War, including allegations of Red Cross sites being deliberately targeted. Last month the ICC announced the formal investigation had been opened – triggering anger from the Israeli government.

We condemn the Prime Minister’s statement on the ICC’s investigation into alleged grave crimes committed in the occupied Palestinian territory (oPt). This investigation is bringing victims, survivors and their families one step closer to justice – but political interference by states, such as the UK, risks pushing that out of reach.

The investigation is the first genuine hope that alleged perpetrators of the most serious crimes will be held to account for their actions. The ICC is committed to undertaking an investigation that is “conducted independently, impartially and objectively, without fear or favour.” Providing impartial justice and ending decades of impunity would bring the prospect of lasting peace closer and would signal an end to the suffering endured by generations across the region.

The UK Government could be a bastion of international law and human rights – but instead it is undermining international criminal proceedings and standing in the way of justice. No longer can the UK Government genuinely assert that “Promoting international criminal justice and the rule of law are fundamental elements of the United Kingdom’s foreign policy”. Rather, the Prime Minister’s statement sets a wholly dangerous precedent by the UK, that may impact victims of grave crimes and threatens the viability, objectives, and the future of the court itself.

The international community must be consistent in its support for accountability and the rule of law, regardless of the context. The UK Government should respect the impartiality and independence of the court, and should support – rather than substantially undermine – international legal frameworks and judicial mechanisms.