More than two million children live in households that have experienced food insecurity in the past six months. 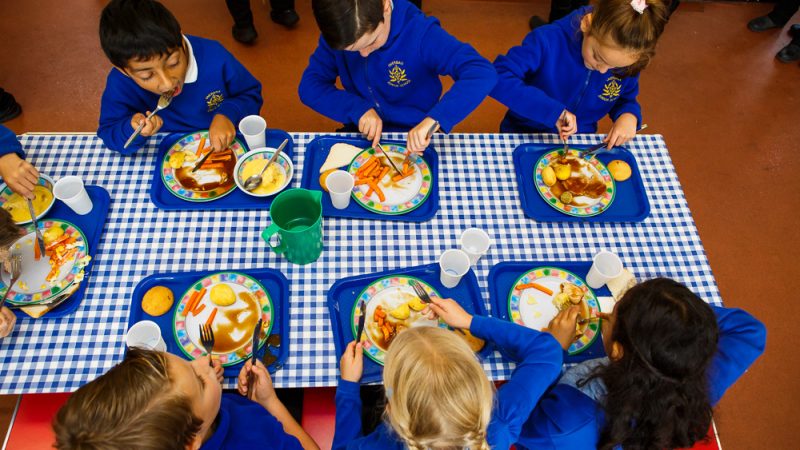 A new report provides fresh evidence that the pandemic has had a devastating impact on the UK’s most vulnerable populations –and that the problem of household food insecurity continues to be at crisis levels.

The report from the Food Foundation, released as part of footballer Marcus Rashford’s #EndChildFoodPoverty campaign, urges the government to make food security a priority in recovery planning and move away from short-term solutions, food banks and emergency food aid.

It finds that food insecurity remains higher than pre-Covid levels, affecting an estimated 4.7 million adults (9% of households) over the last six months. This compares to pre-Covid levels of 7.6%.

More than half (55%) of those experiencing food insecurity – an estimated 2.5 million adults – said it was because they did not have enough money for food, 31% said it was due to isolation, 23% said it was lack of access and supply and 8% cited other reasons in the last six months.

Despite financial support schemes and the £20 a week uplift in Universal Credit, 22% of households have experienced a drop in income since last February.

The situation is even worse in households with children on Free School Meals: 41% have reported food insecurity in the past 6 months.

The reports finds that Since Christmas, 20% of children aged 8-17 (representing over 1.5 million) reported some form of food insecurity.

Nearly 13% of children aged 8-17 years – around a million kids if replicated nationally – reported that either they or their family had visited a food bank since early December 2020.  This has risen by two percentage points since the summer holidays (11%).

Compared to white ethnicities, BAME households have consistently been twice as likely to be food insecure.

The Food Foundation’s report urges to government to make food security a priority to ensure the long-term health and resilience of the nation, with an urgent review of Free School Meals, businesses paying ‘at least’ least the Real Living Wage, and the £20 Universal Credit uplift being made permanent.

Emma Thompson, Ambassador Children’s Right2Food Campaign said: “In the sixth richest economy in the world these figures speak for themselves.  There is absolutely no need for any child to go hungry in the UK.

She added: “The fact that they are and in increasing numbers suggests cracks in a broken food system that can and must be repaired as a matter of the utmost urgency. Apart from the moral duty we owe to children, this is a severe public health problem.”

Anna Taylor, Executive Director of Food Foundation called for a ‘longer-term package’ of support for food insecure households and away from emergency measures, noting: “The long-term effects of food insecurity on mental and physical health mean that children can’t wait.”