A report in The Times that shows Keir Starmer plans to support Tory intervention of the running of Liverpool has enraged the Labour left. 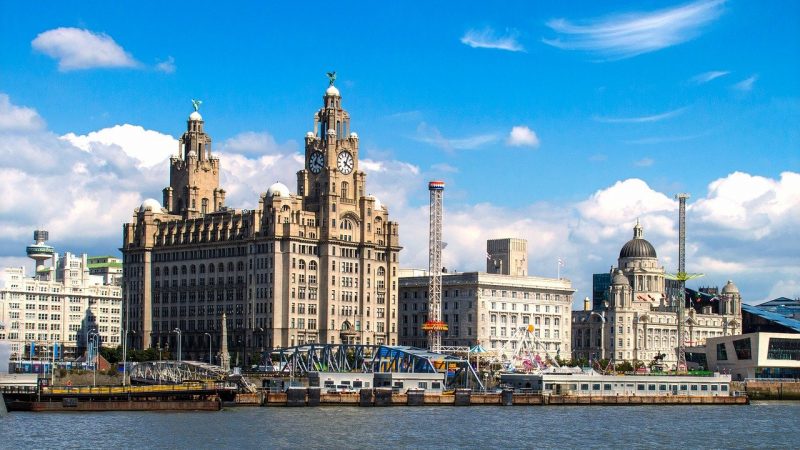 News that Keir Starmer will support the government’s plan to take control of Liverpool Council and effectively put England’s politically reddest city under Tory rule, has incensed much of the Labour movement.

According to a report in The Times, the Labour leader is preparing to back government moves to take control of Liverpool. Something of this scale has only happened three times in the past 25 years, and never in a city the size of Liverpool.

In what’s been branded as a “new low” from Starmer, responses have been flooding social media from diverse figures of the Labour movement.

The Labour leader’s controversial decision to back the Tories’ plan to take over the day-to-day running of Liverpool – a long-established Labour stronghold – comes amid a property development scandal.

Secretary of State Robert Jenrick made a dramatic statement today in the House of Commons on Liverpool’s future. He said that government intervention is required at the city council and will appoint commissioners to support the council’s chief executive Tony Reeves.

The intervention is based on a scandal that goes back to December 2019, when police officers arrested Nick Kavanagh, regeneration chief at Liverpool Council. Kavanagh was arrested on suspicion of conspiracy to defraud and misconduct in a public office. The senior Liverpool authority official was arrested alongside £1bn city developer Elliot Lawless as part of the corruption investigation into building and development contracts in Liverpool.

Both men have protested their innocence and neither have been charged. On March 22, 2021, it was confirmed that Nick Kavanagh had been dismissed by Liverpool Council.

The story took an even wilder turn on December 4, 2020, when Joe Anderson, Liverpool’s elected Labour mayor, was arrested on suspicion of conspiracy to commit bribery and witness intimidation. Four other arrests were made on the same day.

Anderson was suspended by the Labour Party. He denies all wrongdoing, describing the case against him as “bizarre” and has pledged to clear his name.

On March 23, 2021, it was confirmed that Merseyside Police had withdrawn its application to extend the bail of Joe Anderson.

In the wake of the scandal, Robert Jenrick ordered an emergency inspection of Liverpool Council. In what was poised to be an unprecedented move, politicians in Liverpool have been bracing for government commissioners to intervene in the city council.

News that Keir Starmer planned to back the Tories’ bid to takeover Liverpool has come as another crushing blow for the city, which has been under Labour control since 2010. 72 of Liverpool councillors are from the Labour party and the city’s last Conservative councillor was elected in 1994.

The Tories’ plan to take over the northern city has been described as a “crime against democracy” and Starmer’s apparent support for it “unforgivable.”

Diverse figures from the Labour movement have been voicing their disdain over Starmer’s so-called “low and craven betrayal” and urging Labour to show their support for one of their most loyal cities.

Howard Beckett, Unite Assistant General Secretary for Political & Legal tweeted: “If the reports that government intend to take over Liverpool Council are true then this sits alongside CHIS and the Police & Crime Bill as an attack on democracy itself. Labour must oppose this.”

Heather Mendick, research consultant and Hackney South Labour party activist, wrote online: “Why is Keir Starmer tougher on accusations of corruption in Liverpool than on actual corruption in Westminster?”

Left Foot Forward reached out to the Labour Party on the issue, who sent us a statement issued by Steve Reed MP and Labour’s Shadow Secretary of State for Communities and Local Government. Reed said he wants to reassure the people in Liverpool that this does not mean government ministers are coming in to run their city.

“We support the Secretary of State’s intention to appoint commissioners, not to run the Council, but to advise and support elected representatives in strengthening the Council’s systems. This is a measured and sensible approach.

“We would never support a Tory takeover. It’s about the government appointing independent people of the highest professional standing to help the Council improve as quickly as possible, and intervening directly only if the Council’s elected leaders fail to implement their own recovery plan,” Reed added.