Does the PDA's experience offer a model for other unions? 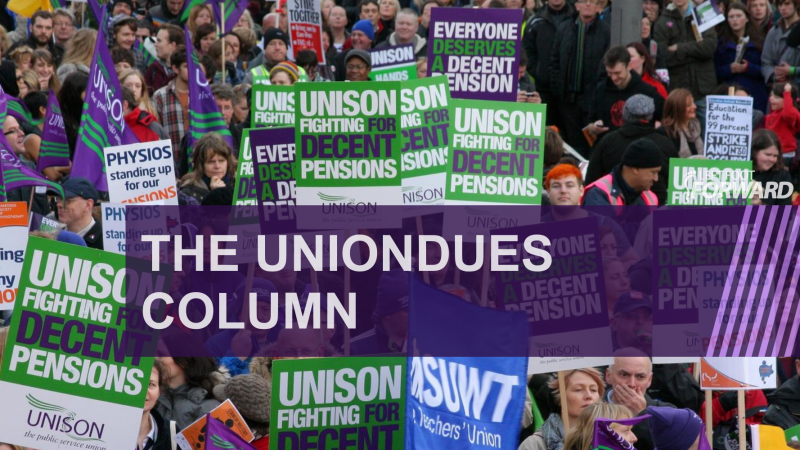 Most unions have structures for equality and diversity. But the relationship between them and union decision-making bodies is not always straightforward or comfortable.

It’s one thing to have a network to highlight issues of discrimination – quite another to do something meaningful about it and the intersectionality that often also exists.

In the latest UnionDues podcast, available today, we dive into the issue. The experience of the Pharmacists’ union, the PDA,  is worth spending some time on – which is what I do with Director Paul Day,  EDI lead Jayne Love,  honorary secretary of their women’s network and LGBT+ activist Eilidh Milliken,  and BAME president, Elsy Gomez Campos..

Early in 2020,  the PDA leant invaluable support to maintain the long-established National Association of Women Pharmacists or NAWP.  This is a de facto (and de jure) women’s network and set dominoes falling with the establishment of 3 more networks – BAME, LGBT+ and Ability last spring.

Three facets particularly stand-out.  First, you can be a member of a network, but not of the PDA. Second, you have to pay to join – £10 for PDA members, £20 for retired members, and £30 for the rest.  And third, the PDA networks are filling a vacuum in the pharmacist sector, and are creating policy across the industry, not just the union.

This is unlike any union model I have seen before, so how and why this has developed?

As Paul says, when the NAWP was – to all intents and purposes – incorporated into the PDA, it had non-PDA members.  Given the absence of any other industry-based EDI work, the union decided to put inclusivity above membership concerns.

Ultimately, this could lead to non-members significantly influencing PDA policy – but this isn’t the case at present and is filed under the heading of Bridges to Be Crossed When We Get to Them.

And there are valid reasons for adopting such an approach. Paul gave the example of an independent pharmacist – not eligible for PDA membership because s/he is running their own pharmacy and is therefore an employer.  But just as likely to be a victim of discrimination.  “Whether they’re union members or not, we want to address the equality issue.”

The idea of changing on top of union subs to join the network is also curious. But it is one way to solve the question of how the networks are funded.

On the issue of industry wide resonance, as Eilidh pointed out the response to the first newsletter was astonishing. ”Nothing in the history of pharmacy has addressed LGBT+ rights like that ever.”

On the value the network brings, Elsy is clear: “Through our newlsletter and network we can continue putting pressure and a spotlight on the particular issue of race inequality.”   And Eilidh says there is a link between the networks and the care pharmacists give: “It’s about giving people the confidence to speak about discrimination in the workplace, ansd to feel comfortable in themselves, so they can give better patient care.”

But for me there is also a fourth vital factor – an effective connection with the rest of the union’s structures.  Both Elsy and Eilidh were quick to praise Jayne for her help and understanding, and it is easy to see why.

From my own work with under-represented groups in union structures, I lost count of the number of times I was told, in the early days – we look after everyone, we don’t need special sections.  Except the facts didn’t bear that out when you looked at the demographics of union reps or decision-making bodies.  In fact, such things were not even measured. So

having someone who “gets it” to advise, action and cheerlead is an invaluable asset.

And although listeners may be surprised to hear Eilidh describe an ambition for the PDA’s Women’s network to be to achieve a better gender balance of union reps, we should not forget how entrenched barriers to participation can be.

The PDA networks are growing and developing.  The Women’s and BAME structures are each nearly 1000 strong and have elected officeholders.  LGBT+ and Ability are currently less formal.  The union continues to grow. “We represented 0% of the industry two years ago, comments Paul. “Now it is 17%”. So, though a recognition deal with Lloyds Pharmacy has just been signed, there is plenty of room for growth.

“We are tired of just talking,” says Elsy, “people want actual change.”  And Jayne reminds us of a wider potential benefit – “If you think of all the people pharmacists come into contact with….my hope is that this could have a ripple effect in wider society.” –

Also in this episode, Mel Simms deals with the risks of employee surveillance in an age of homeworking in her #thought4theweek. As well as Mel’s own work, it’s worth paying a visit to Christina Colclough’s  Why Not Lab site for more on this.  We shout out to Openreach engineers in dispute.

And LFF’s own  Josiah Mortimer previews his Radical Roundup – including union confidence in government Covid response collapses, important developments in the Heathrow Airport Fire-and-rehire dispute, and students and unions at SOAS demand a better deal from university authorities.