He's given money to companies who don't need it and not given enough to those who do. 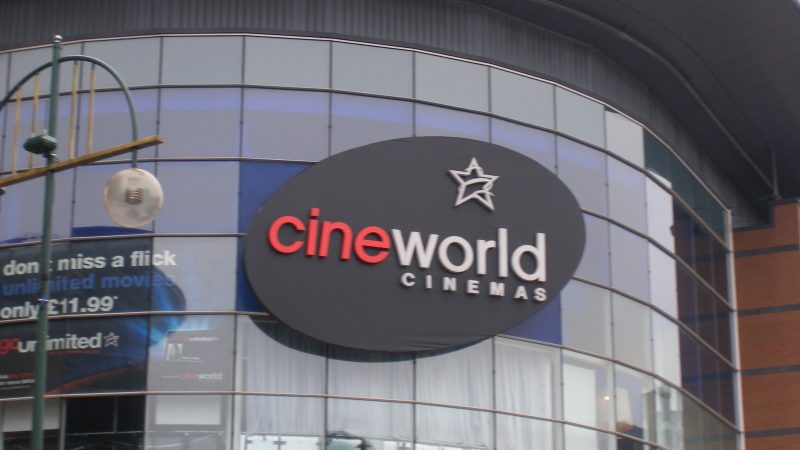 The UK government is struggling to manage the economic effects of the coronavirus pandemic. The first stage is to rescue jobs and boost people’s purchasing power. This provides a foundation for second stage, which is to recover and rebuild the economy. Yet the government if floundering at the first stage and seems to have no coherent plan for the second stage.

The closure of the Cineworld Cinema chain is a reminder that the government’s one-size fits all model of financial support for all businesses is wrong. Many industries, including cinemas, theatres, airlines, hospitality, sports venues, events management and hospitality are a long way away from resurrecting themselves.

They are not in a position to pay staff. The government’s latest subsidy for employees assumes that individuals can work 33% of their usual hours, and that is not possible in many industries. Consequently, millions are left without adequate income.

The government needs to recognise the specific circumstances of industries and tailor its financial support accordingly, but has failed to do so. The result is that some sectors, such as supermarkets and banks, have received the benefit of business rates holidays and staff subsidies even though they do not need them. At the same time many distressed businesses have not received adequate support. The inevitable outcome is loss of jobs and closure of industries.

The government’s rescue phase is not people-centred. Thousands of employees and self-employed have received little or no support. Since the 2007-08 banking crash, the Bank of England (BoE) has conjured up £745bn out of thin-air in the form of quantitative easing to buy corporate bonds, real estate and securities.

This has inflated asset prices and enabled speculators to make vast fortunes. In sharp contrast, there has been no rescue of the debt-laden poor people. Their debts could have been bought-out by the BoE to enable the poor to have a fresh start and remove the threat of evictions and destitution.

A large number of people are working remotely and need to have a good broadband connection. This can be costly, assuming that a link is actually available. A people-centred approach could have provided free broadband connection, laptops and tablets to selected households.

Indeed, there is nothing to prevent the government from using QE to purchase and distribute the output of selected industries to people. At the very least, this would enable some industries to survive the economic tsunami.

The failure to rescue jobs, industries and people will make economic recovery difficult. The government’s obsession with reducing debt and raising taxes for the masses will only deepen the crisis.

Youth unemployment is set to more than triple to the highest levels since the early 1980s and shatter people’s dreams. The government’s 6-month job placement plan for young people currently on Universal Credit is helpful but inadequate. The government needs to guarantee a paid job for everyone who wants one.

Many high street retail jobs will probably never return and some industries would need to be remodelled. To facilitate the change, the government needs to fund a long-term programme of training and education for all those who want it.

The government’s plan to generate 60,000 jobs by 2030 through investment in offshore wind turbines is utterly inadequate and does not amount to a green new deal. It needs to invest in new industries.

The government needs to reduce inequalities and boost the income of workers to stimulate the economy. A wage cap at the top would make more resources available to workers and reduce the threat of lay-offs.

This week a report by Autonomy estimated that a maximum annual wage of £100,000 would negatively affect 2.85% of earners, but could save nearly a million jobs. If the amounts saved by cap at the top were to be redistributed, they could increase the annual median wage of middle and low income earners by £3,535.

Jobs could be saved and created though an effective industrial strategy. An interventionist merger and takeover policy can prevent the sale of vital industries. Recently, Cambridge-based microchip designer Arm Holdings was sold to a US company.

With the artificial intelligence revolution on the horizon, the government could have intervened to prevent the sale of the company, but did not do so. The company’s co-founder described the takeover as an “absolute disaster” and said it would lead to job losses at its Cambridge headquarters and elsewhere in the UK.

The coronavirus pandemic shows us that care homes, childcare, hospitals, schools and public services are vital too and must form part of an industrial strategy.

Overall, the government has numerous policy choices for rescuing and rebuilding the economy but is hampered by ideology. People’s welfare must come before any ideology.