13,000 business owners using the Economic Resilience Fund are being urged to work with unions. Imagine if the UK government did the same? 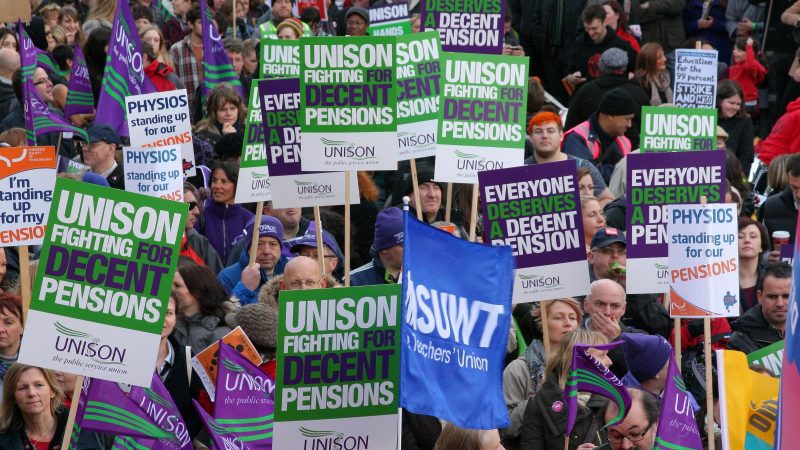 The Welsh Government has written to the 13,000 businesses receiving public funds during the coronavirus crisis – urging them to recognise and respect trade unions.

A letter from economy minister Ken Stakes MS calls for business owners to give trade unions access to recruit members, and includes a TUC link – to be shared to staff – where they can join a trade union.

The letter states: “The Welsh Government is committed to working with employers, trade unions and others to change people’s working lives for the better so that more people have access to good work and a secure and fair income. As part of this, we support widening access to Trade Unions and collective agreements to help realise our ambition of making Wales a Fair Work nation.

“Research consistently demonstrates the benefits of employers and Trade Unions working as partners in a spirit of collaboration, shared commitment and mutual respect.

“Every worker has a legal right to join a trade union, and we expect employers who receive public funds to allow trade unions access and seek a recognition agreement where workers request it. We would like you to remind your staff about this and encourage them to find the right union for them via: www.findyourunion.tuc.org.uk.

“Recognising a workplace trade union benefits you as an employer, as well as your
workforce,” the letter adds, pointing to better health and safety outcomes, wellbeing, and dispute resolution. “For these reasons, we encourage all employers to see Trade Unions as partners in contributing to a more committed and productive workforce.”

The letter asks employers to share the letter with their staff “to show the support that is being provided to businesses such as yours and to highlight our shared commitment to Fair Work and Decarbonisation though the Economic Contract.”

Wales TUC General Secretary Shavanah Taj said she was ‘really pleased’: “This is the Welsh Government’s ‘something for something’ approach in action – if you’re getting public money, then you shouldn’t have any objections to a trade union contacting your workforce. It has the potential to make work fairer for thousands of people across the country.

“We’ve always said that if an employer won’t let a union in, then alarm bells should be going off. It’s a clear sign there’s something not right about their employment practices. Welsh Government’s recognised this and is clear that it expects anyone in receipt of public money to allow their workers to fully realise their full labour and human rights.”

She added: “This is an opportunity for us to build back better.”

There is currently no legal ‘right of access’ to workplaces for unions to recruit new members in Britain, unlike other countries. There are around six million trade union members UK-wide, with a recent rise in membership.

The Welsh Government is currently developing a Social Partnership Act which would put trade unions and the ‘fair work agenda’ at the heart of economic policy-making.

The Act would create a new government department to oversee the promotion of collective bargaining – the Office for Fair Work – tighten public procurement rules so that only contractors who provide fair work to their staff will be considered for public contracts, and create an stronger enforcement mechanism for employment law and collective agreements, according to the Institute of Employment Rights.

The Westminster government has been criticised for applying few ‘strings attached’ to coronavirus support grants and loans, though a second tranche of support did include more conditions – urging restraint on bonuses and dividends.

Imagine if the UK government used that leverage to improve workers’ conditions, urging employers & workers to join a union?