The former Tory environment minister is not impressed with the government. 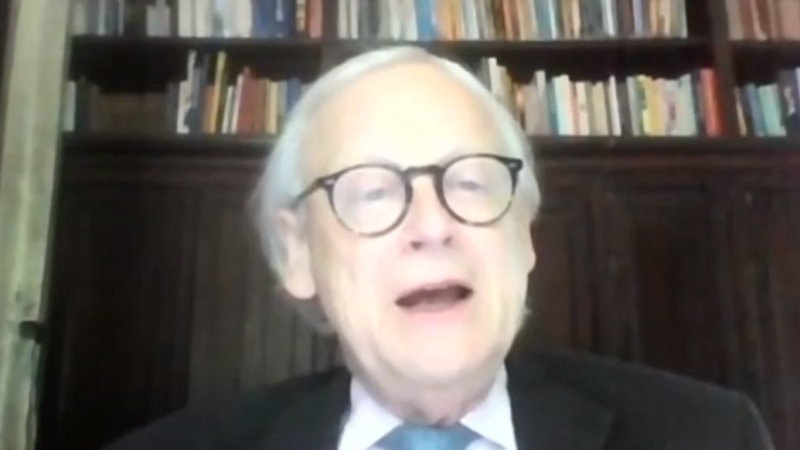 The head of the Committee on Climate Change has said the government is failing in its efforts to be on course for ‘net zero’ by 2050 and will not meet its legally-binding targets to reduce emissions.

John Gummer, also known as Lord Deben, is a former Tory environment minister and is now in charge of the government’s official climate change advisorty committee.

When asked if the UK was on track to reach net zero, the point where you don’t put out more greenhouse gases then you take in, by 2050, Gummer told parliament’s Business, Energy and Industrial Strategy committee:

“We are clearly not. In almost every sector, we are failing. That has been covered up by the fact that we have done relatively well on the decarbonisation of energy but in most other areas, we are not reaching anything like the levels that we have to and the government is not on track to meet the fourth and fifth carbon budget.”

The 2050 target, which Gummer says the UK is failing to meet, has been criticised as insufficiently ambitious. The Green 2019 manifesto promised to reach net zero by 2030 and Labour said it would reach it in the 2030’s. The Lib Dems, Greenpeace, WWF and Friends of the Earth said it should be met by 2045.

When asked why the government was failing, Gummer said the government wasn’t moving quickly enough and, until recently, there had not been “sufficient concern” outside the BEIS and DEFRA departments. “We have not done the radical things which need to be done,” he said.

Gummer said his committee has emphasised simple things like the retrofitting of homes so that they can be warm without huge emissions and energy cost. A recent report in the Financial Times suggested the government will drop a manifesto promise to insulate homes as Dominic Cummings regards it as a “boring” policy.

When Gummer was asked if he was frustrated with the government, he said: “You couldn’t just excuse a year in which little had been done, because of covid.” He said covid should be a “springboard to do the things which haven’t been done this year”.

“If we miss this opportunity,” he said,” we will really have no chance of meeting our net zero target and if we don’t do that then the world will be afflicted by a pandemic which is significantly more long-lasting and damaging than covid-19.

Claire O’Neill, the former Tory climate minister put in charge of the Glasgow climate conference, has said Boris Johnson admitted to her that he “doesn’t get” climate change.

Before becoming Prime Minister, Johnson repeatedly promoted climate-denialism in his Telegraph columns. As Mayor of London, he tried to build a new airport, he scrapped an extention to the congestion charge and he said fracking was “an answer to the nation’s prayers”.