History graduate Cummings is keen - scientists and environmentalists are not. 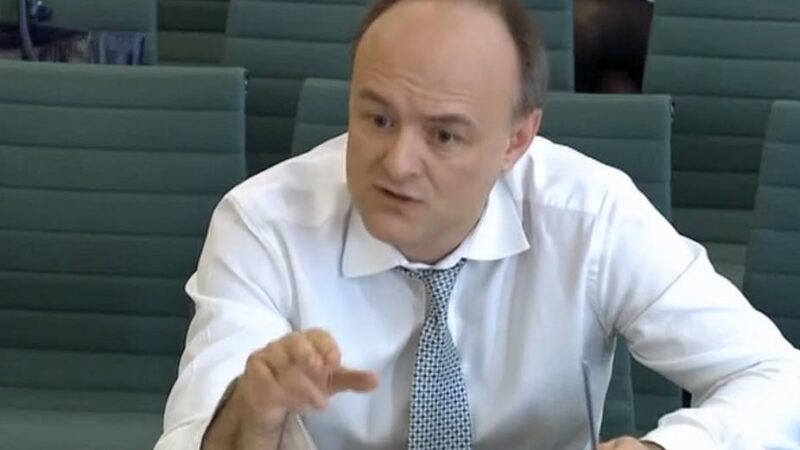 Environmental campaigners have criticised the government for devoting £100m to the research of a green technology branded a “costly distraction” by scientists.

In his budget, Rishi Sunak announced that £100m will be devoted to researching and developing Direct Air Capture (DAC), a new technology which captures carbon dioxide from the air.

According to the Times, Sunak was pushed into this by Dominic Cummings and treasury adviser Tim Leunig. “Dom had become obsessed by this,” a Whitehall source told The Times. “He’s the one who has been pushing it despite huge scepticism from officials. But he’s got his way.”

While history graduate Cummings is keen, scientists and environmental campaigners are less so. The technology uses a lot of electricity and is far more expensive than other green technologies.

A July 2019 study concluded that DAC was: “Unfortunately only an energetically and financially costly distraction in effective mitigation of climate changes at a meaningful scale before we achieve the status of a significant surplus of carbon-neutral/low-carbon energy.”

According to The Times, at the moment it costs nearly £500 to remove a single tonne of CO2. This is many times more expensive than stopping CO2 by replacing polluting technologies with renewables ones.

Mike Childs, head of science at Friends of the Earth, is also sceptical. He said it was a “large amount of money going on a speculative approach at dealing with a problem decades away while immediate things are being starved of cash”.

He said: “It’s a bit like sailing a ship towards an iceberg and the captain on the ship telling you not to worry about the iceberg as he would soon invent a machine that will help you fly. It’s ridiculous. We shouldn’t hope some magical solution will come in the future.”

Similarly, Greenpeace UK’s Chief Scientist Doug Parr, told Left Foot Forward: “DAC isn’t a get out of jail free card from tackling those challenges. There are huge uncertainties over it’s effectiveness and it’s costs are high compared to the actions we know will actually cut our emissions right now.”

He added: “The only way we’re going to tackle the climate emergency is if we make massive cuts to our carbon emissions in areas like electricity, transport and homes.”