Come the next election, Keir Starmer will face a worse media onslaught than either Attlee or Corbyn. If he sees himself as a victim like Corbyn, he will lose. 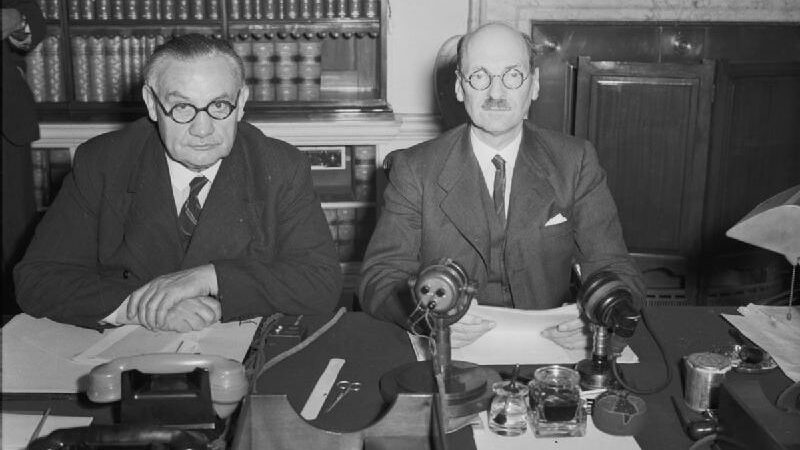 Seventy five years ago on Sunday, Labour won an overall majority of 145 seats. Right now, looking down the barrel of four more years of incompetent and corrupt government, it’s worth remembering the things Clement Attlee and his colleagues did right in 1945, and Jeremy Corbyn and Labour did wrong in 2019; for Keir Starmer must get them right in 2024.

Here, it seems to me, are the top three lessons.

1. In 1945 Labour had a short, clear, firm manifesto which said what Labour was going to do, and why. The 5,000 word document – a fraction of the length of Labour’s 2019 manifesto – said that after the first world war, the people lost the peace. Power and wealth returned to the “hard faced men who did well out of the war.” They “controlled the banks, the mines, the big industries, largely the press and the cinema. They controlled the means by which the people got their living. They controlled the ways by which most of the people learned about the world outside.”

Labour would not let that happen a second time.  This time it would nationalise coal, railways and steel.  It would create a national health service.  It would inaugurate a vast nationwide housing programme. It would provide free and compulsory education for all children up to the age of 15.

The manifesto was rooted in the decisions of Labour’s 1944 conference, and it was the final word on Labour’s intentions.  No bright ideas were dreamed up on the hoof during campaigning.

2. In 1945, as it 2019, Labour had some control over when the election was called. Labour strategists, Herbert Morrison in particular, were determined to go for an election as soon as victory in Europe had been achieved, calculating – rightly – that there would be a radical mood around. The longer the election was delayed, the greater the risk of this dissipating. For the same reason, Prime Minister Winston Churchill hoped to delay the election at least until the end of the war with Japan. Labour did it their way.

In stark contrast, 2019 saw a Labour leadership being hustled and harried by a Prime Minister who knew that an early election would favour him, and eventually agreeing to let him have it.

Next time there may be no choice about timing – the Fixed Term Parliament Act has changed the rules of the game – but if there is a choice, Labour should remember 1945 and make the calculation in its own interests.

3. A hostile media we have always with us. The trick is not to be a victim, as Jeremy Corbyn was.  An intelligent media operation (which Attlee had and Corbyn did not) can make the most of what media support is available, and make good use of other ways of reaching people.

In 1945, newspapers were the only way most people had of finding out what was going on in the world.    GESTAPO IN BRITAIN IF SOCIALISTS WIN was one Daily Express headline during the campaign. It was taken from a Churchill speech in which the Prime Minister talked of Lour needing “some sort of Gestapo.”

A less accomplished politician than Attlee might have angrily denounced it. Attlee simply said on the radio, calmly and quietly:

“When I listened to the Prime Minister’s speech last night . . . I realised at once what was his object. He wanted the electors to understand how great was the difference between Winston Churchill the great leader in war of a united nation” – here he dropped his voice from its grave tone so that he sounded suddenly casual and dismissive – “and Mr Churchill, the party leader of the Conservatives.”

Come the next election, Keir Starmer will face a worse media onslaught than either Attlee or Corbyn, for he was the Director of Public Prosecutions who authorised the prosecuting of News International journalists. If he sees himself as a victim like Corbyn, he will lose.