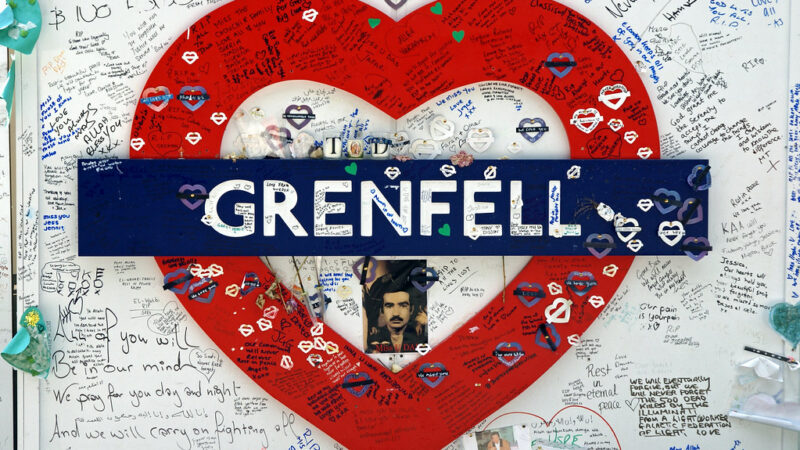 “I can’t breathe”. The final words of some of the seventy-two men, women and children who died in the Grenfell Tower fire three years ago this Sunday. And three years on from that early June day that shook the country, their families are still waiting for justice.

The inquiry, the second phase of which only began in late January, didn’t sit for most of February and was suspended in mid-March, will belatedly resume in July with limited attendance and online streaming. Given the high proportion of BAME deaths in the tragedy and the current discourse around structural and systemic racism in society, there are calls for the inquiry to consider institutional racism as a factor in the fire, calls which the government is for now, predictably, ignoring.

Yet how can it not be considered? Those from black, Asian and minority ethnic backgrounds were disproportionately affected. The reason why families were in this tower is because of their social background and class, their ethnic origin and race – and it’s the reason why their calls for action, their pleas to be listened to, were dismissed by the authorities.

In the months and years leading up to the fire, the Grenfell Action Group called for new fire safety advice, instead of the ‘Stay Inside, Stay In Your Flats’ signs that were to condemn so many to the most unimaginable of deaths. They even forewarned a “serious and catastrophic incident” might occur, with residents warning the authorities’ inaction “will come back to haunt those who decided to treat residents and our views with utter contempt”.

Their views were ignored then and risk being sidelined again. But even if the inquiry were to consider the role institutional racism played in the tragedy, can we have any confidence they’d actually be listened to, recommendations would be made and those findings would be acted on? Today, we learnt that two thousand high-risk residential buildings are still covered with dangerous cladding, with three hundred residential blocks in England still bedecked in the same aluminium composite material (ACM) cladding as Grenfell.

The report from the housing, communities and local government committee calls for the building safety fund to be increased to address all fire safety defects in every high-risk residential building, potentially costing up to £15 billion, yet in the March budget the chancellor pledged only a £1 billion fund for the removal of just the non-ACM cladding from residential blocks 18 metres or taller.

This government inaction is having a profound impact not only on the communities around Grenfell but on residents in unrefurbished high-rises everywhere. A survey from the UK Cladding Action Group, published yesterday, revealed ninety per cent of residents living in affected buildings have seen their mental health deteriorate as a result of issues with the cladding on their block, and 23% felt suicidal or had a desire to self-harm.

The injustice of Grenfell and interminable wait for justice for the families is an issue that goes to the very heart of the debates around racism, equality and the battle to be heard, the fight to be noticed. And that struggle is deep, the anger real, the desolation profound, the sadness unimaginable, the pain unbearable.

If you’ve not been to the area around Grenfell, looked up at that tower, walked the streets and talked to the residents – as I did last December during the election – it’s impossible to appreciate the magnitude of what happened, and even then you’d still not fully comprehend the enormity of what unfolded. Only those that lived there really understand what it’s like, to be ignored again and again – and now once more, with the failure of the inquiry to examine institutional racism.

If not now, then when? One of the recent Black Lives Matter protests ended at the foot of Grenfell, and as we remember, reflect and unite this Sunday, the demand for action is clear.

As the Grenfell United campaign says, people are still going to bed at night with no sprinklers, dangerous cladding and unfit fire doors. It is time to demand change. Change to make families up and down the country safe in their homes. Change so that people, no matter where they live, are treated with dignity and respect. Seventy-two people unnecessarily lost their lives after the Grenfell fire. We need change to make sure this never happens again.

The years tick by, but nothing really changes. Until now?

Shamik Das is a former Editor of Left Foot Forward and the former Communications Officer of the European Parliamentary Labour Party. He is a member of the Labour BAME Network (@LabBAMENetwork) steering committee.