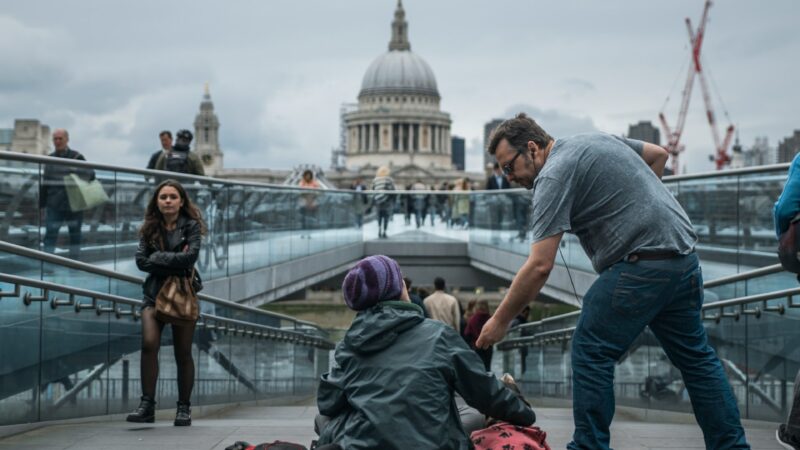 Few positives have emerged from the coronavirus crisis so far – but charities have suggested the situation could act as a springboard to end homelessness in the UK.

The LibDems have called repeatedly for the Vagrancy Act, which effectively criminalises rough sleeping, to be scrapped as part of measures to reduce homelessness, in response to housing, communities and local government secretary Louise Casey’s calls last week for a taskforce to solve rough sleeping.

“After years of prevarication it took a crisis to get the Tories to house thousands sleeping rough at the start of the Covid-19 pandemic. It’s vital that this support continues in the months ahead, to ensure we don’t go backwards when such progress has been made,” said Layla Moran, Liberal Democrat MP for Oxford West and Abingdon.

Due to coronavirus, many organisations and governments have become more interested in people’s living conditions and how improvements could reduce the spread of the virus through populations. Rough sleepers cannot isolate themselves from the community to keep themselves (or others) safe.

Nineteen charities presented a plan to the Scottish government last week which calls for a triple-lock action to end rough sleeping as the UK emerges from the pandemic.

They have three key “asks” that experts believe could end rough sleeping and destitution in Scotland permanently: prevention, by creating as much housing capacity as possible now and making a long-term commitment to increase the supply of homes for social rent; permanently preventing a return to previous levels of rough sleeping in all areas; and ensuring nobody is made homeless by being evicted, in part by ending avoidable evictions and the threat of illegal evictions.

Patrick McKay, chair of Homeless Network Scotland and operations director at Turning Point Scotland said that they had accommodated and supported all those who “wanted to be indoors” since March, including people with no recourse to public funds such as asylum-seekers. “It is now imperative to secure that progress,” he said.

The collective also presents a framework for offering support and guidance to local authorities, private landlords, tenants, housing associations as well as to support rapid scaling of Housing First across all areas in Scotland. This will provide learning, guidance and tools for quality assurance, support and cost implications, with plans to be refined as Covid-19 restrictions are lifted.

More than 20 UK charities work to support people suffering from homelessness. Crisis UK has also responded to Casey’s call to businesses, religious groups and community partners to help provide long-term housing to those who have taken up emergency shelter during lockdown. Some 15,000 people have been provided with a roof over their heads in this way during the crisis, it says.

Jon Sparkes, CEO at Crisis, said this in itself showed the true scale of the issue and the response required to stave off a surge in homelessness once emergency measures are eased.

“For all these 15,000 people the answer is a safe, permanent home. As part of this response, we need to see increased supply of social housing and support to help improve the security and affordability of private renting, including maintaining investment in housing benefit. In addition, we need to see national government lead on a strategy for the nationwide roll out of Housing First for those who need it,” Sparkes said.

Sparkes also praised government measures to provide an additional 6000 supported homes in which rough sleepers could be accommodated, announced in late March and backed with £160m of funding. About half of these homes are expected to become available over the next 12 months.

“This assertive approach, alongside ring-fenced funding, is what is needed,” Sparkes said. “We must see this commitment deliver permanent, stable homes for people, not a temporary fix. This should apply to all those currently housed in hotels and those forced onto the streets during the crisis.”

The Big Issue Foundation is another charity helping rough sleepers which responded to the Department of Housing, Communities and Local Government last week, with an open letter to the Secretary of State and Conservative MP for Newark, Robert Jenrick.

The letter, signed by 66 parties from street kitchens to homeless charities and other community support organisations including churches, called for an extension to the ‘Everyone In’ initiative which had provided shelter for rough sleepers during the pandemic.

“We are also very concerned about the risks associated with vastly reduced winter provision and about the significant population – in particular those with no recourse to public funds – that remains substantially at risk during the pandemic despite the huge effort made,” they wrote.

The 24 May announcement did little more than recycle previously announced funding and pre-Covid-19 lockdown pledges, such as the 6,000 new housing units. It had not made clear whether this support would continue, or who would be able to access it. It also did not make provision for those who might become homeless in the future, after the pandemic, they wrote. If the support is ended, shelters will close.

“What is needed is a far more substantial allocation of funding to local authorities, with a guarantee that central government will fund all shortfalls leaving rough sleepers on the streets, and urgently assist local authorities in acquiring sufficient housing for all,” the letter explained.

The government must move to provide “substantial funds on a long-term basis” to help the homeless year on year as well as clarity and amend instructions and guidance to local authorities, they wrote. “Many people continue to sleep on the streets or have become newly street homeless,” they pointed out.

“Pre-pandemic, the vast majority of people sleeping rough have been accommodated through the winter shelter network from November to March each year. We are now facing the risk of a humanitarian disaster as the shared winter shelter spaces commonly used will not meet public health requirements.”

To address this, local authorities require immediate funding. Neither the £3.2 billion the Government released to Local Authorities for their overall Covid-19 response, nor the £3.2 million dedicated to provisions for rough sleeping, nor the allocated funds mentioned in the most recent statement are sufficient.

Training and the recruitment of homelessness outreach workers and charity staff must also be funded, the letter said, and councils given more discretion in certain circumstances – for example, around rough sleepers with no recourse to public funds.

According to charity St Mungos, the coronavirus crisis represents “a chance to end homelessness that must not be missed“.

Beatrice Orchard, St Mungos head of policy, campaigns and research, outlined what the government must do in the charity’s blog.

“Our teams have supported more than 700 people who were sleeping rough or in emergency accommodation to self-isolate safely in hotel rooms and other self-contained accommodation. And we will continue to help many more in the days and weeks to come,” Orchard said.

“It’s about more much more than just getting people indoors. People need support to be able to follow public health advice. The provision of food and medicine is obviously critical, but so is support to cope with boredom and isolation, as well as poor mental health, drug and alcohol problems and domestic abuse.”

Orchard said that, to truly protect everyone from coronavirus, government must to do more to recognise specific needs of homeless individuals during the current crisis. This means not only ensuring that everyone can get into suitable accommodation but supporting council and charity outreach teams that help rough sleepers or people in night shelters. More funding is needed to do this, she agreed.

“Despite enormous efforts, there are still hundreds of people on the streets,” she said, adding that some who might have stayed on people’s sofas previously began to end up on the streets due to lockdown, with households forbidden to host visitors. Women in particular were likelier to become “hidden homeless” as they tended to stay out of sight for safety and avoid male-dominated services where they might be at risk of sexual violence.

“Councils should provide safe, women-only accommodation and specialist support for women sleeping rough, and at risk of doing so, during the crisis.”

Organisations have been calling for funding in addition to a £750m stabilisation fund announced earlier in May to help UK charities stay afloat during the crisis. The UK has more than 160,000 registered charities; most are small organisations with an annual income of less than £100,000. It has been estimated that charities will lose around £4 billion in projected income for the three months from March 2020.

They have also called for rent suspensions, reductions and amnesties to ensure that people aren’t evicted during the coronavirus crisis, with many out of work. According to the New Economics Foundation, private renting is the most expensive form of housing, and 35% of private renters are living in poverty.

“Our research shows that, of the 5.6 million workers at high risk of losing their jobs or hours as a result of social distancing measures, more than 1.2 million are living in privately rented accommodation. Many of these workers are likely to be missed by the government’s job and income protection schemes and will therefore be forced to rely on universal credit (UC).

“But, depending on the availability and generosity of advance payments, many will have to wait weeks, if not months, to receive their full payment from UC despite the need to continue paying for essential costs such as food and rent.”

The Welsh Government on 28 May announced £20m to improve homelessness services and help reduce rough sleeping.