The climate emergency will be the biggest issue of the next ten years. 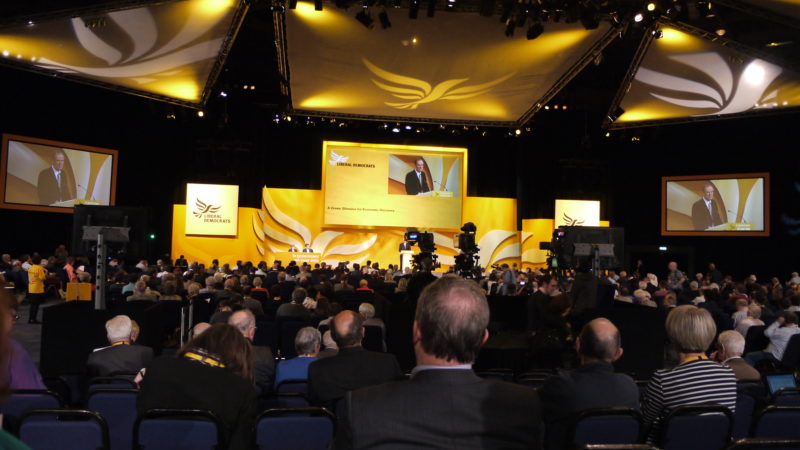 The Liberal Democrats are still licking their wounds following another disappointing defeat at the general election.

After the former leader Jo Swinson lost her seat, the party is now gearing up to elect its fourth leader in as many years this summer.

As the recently published party election review makes clear, the revoke Brexit policy “effectively ignored” voters who were neither passionately remain or leave on the Brexit question. The party cannot afford to make the same mistake on the climate crisis.

The climate emergency is going to become the biggest political issue of the next ten years. We already know that around eighty-percent of the UK public are either “very” or “fairly” concerned by climate change.

Historically, the Liberal Democrats have typically led the way on the green agenda in British politics. In coalition, as the minister for the now defunct Department for Energy and Climate Change, Ed Davey laid the groundwork for rapid growth in renewable energy.

Yet at the last election, Labour and the Greens overshadowed the Liberal Democrats on the strength of their policies to deal with the climate emergency. The eye-catching policy of a Green New Deal offered a positive vision for a low-carbon future.

The Green New Deal takes its inspiration from President Roosevelt’s New Deal, a package of measures to get the American economy working again following the Great Depression.

Amid the climate crisis and the growing gap between rich and poor, the idea has received renewed attention. Coined by the American author Thomas Friedman over a decade ago, the concept has been promoted by various think-tanks and climate groups over the past decade.

It has been adopted by the charismatic Democrat Alexandria Ocasio-Cortez in the United States, the UN have announced a ‘Global Green New Deal’ while the EU have plans for a ‘Green Deal’.

The pandemic has only further highlighted the need for such a policy to ensure a green recovery that also prevents future virus outbreaks. Yet the Green New Deal remains a loose idea difficult to pin down to specific policy plans.

Nevertheless, it stands for huge investments in renewable energy, the creation of green jobs, funding support for sustainable farming and the restoring of biodiversity.

In the UK, Jeremy Corbyn’s championing of the Green New Deal may cause some Liberal Democrats concern that the policy is statist socialism by another name.

In the rank and file of the Liberal Democrats, there may be caution about the Labour preference for big state solutions.

However, the growing support for a Universal Basic Income (UBI) among the modest parliamentary party, including frontrunners for the leadership, Davey and Layla Moran MP, suggests an appetite for a more radical economic direction.

First, as Roosevelt himself stated, “experimentation” is the word of the day. Even with strong pro-Europe and liberal values, the Liberal Democrats aren’t ideologues.

The party has often prided itself on evidence-based policy over populism and ideology on areas from drugs policy to schools funding.

Just as the New Deal was implemented by practical policymakers focused on what works, the Green New Deal needs to be implemented in the same spirit.

Secondly, Liberal Democrats are natural internationalists. The climate emergency is a global challenge of epic proportions that cannot be addressed without cooperation with others.

The Green New Deal may be a domestic policy platform, but working with our European partners and beyond to implement it across the world is crucial to its success.

Thirdly, the Liberal Democrats have the instincts to see that the climate change problem cannot be tackled by government alone. In spite of the myth, Roosevelt’s New Deal championed private enterprise and co-operatives as much as government intervention. The Liberal Democrats have a track record of supporting localism and entrepreneurs rather than relying on top-down approaches alone.

It is also worth remembering that the great Liberal Party leader David Lloyd George was behind Britain’s New Deal. If the Lib Dems are going to play an important role in dealing with the climate emergency, they need to join the movement for a Green New Deal.

Joseph Dodd is a Liberal Democrat activist based in London